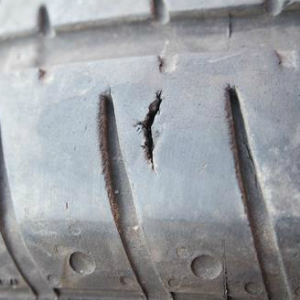 Court cases and investigations of part worn dealers by Trading Standards,supported by the National Tyre Distributors Association (NTDA) and expertise from TyreSafe, have revealed the wilful neglect of motorists’ safety as unscrupulous retailers continue to sell dangerous used tyres despite previous convictions and guidance.

In Grantham, a second member of the family which operates Moss Tyres has been convicted of selling illegal tyres. Leandra McKenzie’s father Luke was given a nine-month suspended sentence and fined £26,000 for similar offences in April 2015. Following complaints from local residents, Lincolnshire Trading Standards conducted a test purchase in June 2015, where they were sold two illegal part worn tyres by Ms Mckenzie, which weren’t stamped correctly and one tyre with a deep cut through the tread.

Ms McKenzie was ordered to pay fines and costs of just over £8,000 when convicted in late August this year.

Andy Wright, principal trading standards officer at Lincolnshire County Council, said: “Two things are particularly concerning here. First, that as the tyres failed to have the correct labelling on – with no distinction whether they were part worn or not – consumers had no idea what they were buying. Secondly, the damage to the tyre, which meant its structure could have been compromised. This tyre could have had life-threatening consequences for innocent consumers and their families.

“I am shocked that given her father’s conviction last year, Leandra has followed on and committed the same crime. I’m extremely concerned by this behaviour.”

In London, Brent & Harrow Trading Standards officers purchased second hand tyres in July from 12 different traders, which were handed to TyreSafe’s expert for inspection. The expert found that only two of the 12 tyres met legally acceptable standards, while at least six had defects that could pose a serious safety risk if they were fitted to a vehicle.

This follows the conviction of eight part worn dealers in the Brent & Harrow area between August and September last year.

Cllr Michael Pavey, Brent Council’s Cabinet Member for Stronger Communities said: “Tyres are the only part of the vehicle in contact with the road surface, so they play a vital role in keeping you safe while driving. Part worn tyres can be very cheap and the savings can be seductive, but it’s not worth it if it ends up costing you your health or even your life.

“This investigation by Trading Standards highlights once again the importance of checking your vehicle’s tyres. If you must buy second hand tyres, make sure you go to a reputable trader and check them before you buy to make sure they’re road safe.”

Stefan Hay, Chief Executive of the NTDA, said: “In an ideal world the NTDA and its members would still like to see a total ban on the sale of part worn tyres because of the appalling ongoing levels of non-compliance and the dangerous condition of many of the  tyres we are uncovering in these investigations. The repeat offences highlighted are not only completely unacceptable, but demonstrate a complete lack of respect by these retailers for both customers and their safety. It can come, therefore, as no surprise that more and more NTDA members are now deliberately damaging beyond repair the sidewalls of tyres they are removing from customers vehicles to ensure they do not end up in the part worn market.”

Stuart Jackson, Chairman, TyreSafe, said: “These recent investigations of outlets, which have already received guidance and in some cases convictions, highlights an apparently wilful disregard for the safety of motorists by part worn tyre retailers. It’s shocking and unscrupulous but having been involved in innumerable investigations, some of which are still on-going, TyreSafe is regrettably well aware this attitude is shared by a significant proportion of part worn dealers across the country.”

“TyreSafe urges motorists to reconsider ever buying a part worn as new tyres are available at similar prices which won’t put them at serious risk and will last longer – making them not only safer but also better value in the long run. If vehicle owners are still tempted to buy used tyres, alarm bells should ring loud and clear if they don’t see PART WORN stamped on the tyres they are considering as they are unlikely to have been checked and the retailer is already breaking the law.”

Have you or your company had problems with partworn tyres? Or do you use them for your fleet with no trouble? Tell us your experience in the comments.