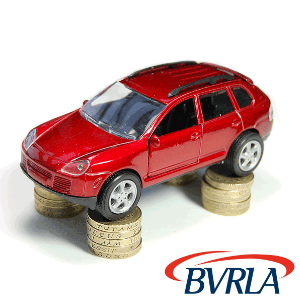 The BVRLA and a coalition of other fleet industry stakeholders are working together to oppose the latest government tax raid on the company car market.

Concerned about rising costs, HM Revenue & Customs wants to change the way employee benefits are taxed. It has put forward plans that could affect up to 650,000 people who have taken a salary sacrifice car or receive a vehicle as part of a ‘cash or car’ benefit scheme.

The BVRLA and its members have joined forces with ACFO and a cross section of public and private sector employers to share their concerns with ministers, MPs and policymakers.

Research recently conducted by Oxford Economics for the BVRLA estimates that the employer-provided car sector is responsible for around 217,000 new registrations each year, 37% of which are built in the UK or contain UK-made engines. This purchasing power supports more than 37,000 UK jobs.

The BVRLA has responded to the HMRC consultation this week, calling on the government to exempt employer-provided cars from the changes, explaining that unlike other employee benefits which remain untaxed, company cars are already subject to an effective and progressive tax scheme.

HMRC’s new proposals would introduce confusion and inequity into the system by requiring employers to change or increase their reporting requirements and by taxing an employee who has a cash alternative to their company car differently from one who has exactly the same vehicle but no cash alternative.

The present tax system works for businesses, is fair for employees and has proven very successful in helping the government meet its policy goal of increasing the uptake of low emission vehicles. Company cars are the dominant source of Ultra-Low Emission Vehicle registrations in the UK, partly because the Government incentivises employees to select the greenest car by  reducing their tax bill. Under the proposals the Government will end up punishing those drivers who have done the right thing by choosing the greenest car. These drivers could be left hundreds of pounds a year worse-off. ULEV registrations are likely to plummet as drivers choose cheaper, higher-emission company cars, use their cash allowances to fund second-hand cars or opt-out of their employer’s benefit scheme.

In the case of salary sacrifice schemes, the BVRLA argues that the government would end up punishing drivers who would otherwise struggle to afford a new, low-emission car. Three-quarters of recipients are basic-rate taxpayers, many of whom work for the public sector in areas poorly served by public transport.

“Our analysis suggests that HMRC’s proposals could have a negligible impact on tax revenues as some drivers give up their company cars and stop paying benefit-in-kind tax entirely,” said BVRLA Chief Executive, Gerry Keaney.

“At the same time, the government risks stifling the uptake of ultra-low emission cars and piling more misery on cash-strapped public sector employers.”

Have your say in the comments below.