Countdown To Golf Update: The Second Golf – The DNA Of A WorldWide Success Story 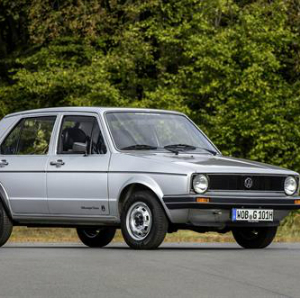 The Golf is unique, forgery-proof. A design icon. In November, Volkswagen will show how this unique gem has evolved with its update of the Golf. A masterpiece in automotive design continuously refined over seven generations. A phenomenon, because the Golf is one of the few affordable cars in the world that is truly classless.

Experts agree – the most defining moment in the history of the Golf came in the late 70s when the decision was made to create the Golf MkII by further developing the Golf MkI’s design DNA. And so the “Golf Phenomenon” came about – the Volkswagen of all Volkswagen cars; the perfect image of the brand; a compact car with a classless status reaching out to all levels of society.

Retrospective: 1983. Germany is thrilled when the German Ulf Merbold is launched into space on “Columbia”. Meanwhile Michael Jackson’s album “Thriller” rockets into unimaginable heights of sales and is the best-selling LP/CD on the planet. Apple presents its first mass-produced computer “mouse”. That autumn, meanwhile, the second-generation Golf is launched.

The Golf MkII became bigger and more aerodynamic. The designers staying true to the Golf MkI’s DNA while creating progressive new details. Radical new features in the rear: the Golf MkI’s rear lights were right at the bottom just above the bumper – in the Golf MkII, they were moved much further up. In 1983 no other car had this. A bridge between the generations, the C-pillar configuration remains typical to this very day. In the words of Volkswagen in 1983: “The Golf must remain a Golf. So no redesign should move away from the Golf concept – yet it should still be a new car from bumper to bumper, abiding by the fundamental principles: concept continuity, progress in detail and quality.” It was the formula for world success.