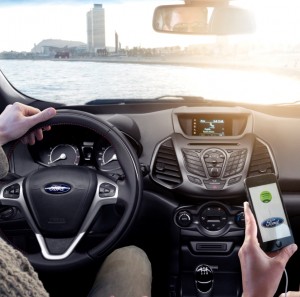 POTENTIAL: What would you want from cars?

The fleet software company claim some information potentially collected and transmitted by forthcoming models boasting sophisticated internet connectivity would be more valuable to fleets if they used a standardised data format.

Ashley Sowerby, Managing Director of Chevin, said: “From a fleet point of view, the usefulness of connected cars lies in their ability to collect information about their own operation and then make that data available for management use.

“For example, a connected car could report on its own fuel consumption performance in all kinds of different driving conditions and measure this against what could be achieved with a slightly different, idealised driving style.

“It could diagnose and report its own faults, even booking itself into a dealership for a repair to be carried out after checking with the driver’s diary.

“The potential is enormous.”

However, Mr Sowerby added that if each manufacturer or even each model used their own data standards, then the information would be harder to access and use.

“This information is much more useful if it can be easily imported into a tool, such as fleet management software, that allows the data to be interrogated for useful patterns and trends, or compiled into a report that is easily understood,” he said.

“However, it looks as though manufacturers will all be using their own proprietary formats.

“If you wanted to compare data from three different models of connected car in the same class, you would have to write an interface for each one to convert the data into a common format – something that is difficult, expensive and time consuming.”

The solution, Mr Sowerby suggested, is a single data format that covers the main kinds of information that connected cars are likely to be reporting to fleets

“There are various bodies that govern certain standards used on the internet and a new, connected car body could operate in the same way,” he added.

“It should not need to cover every kind of operation that a connected car would undertake but could cover speed, position, fuel consumption, major mechanical components and more.

“It would allow fleets to much more easily make use of the data that is becoming potentially available to them from connected cars to make genuine efficiency gains.”