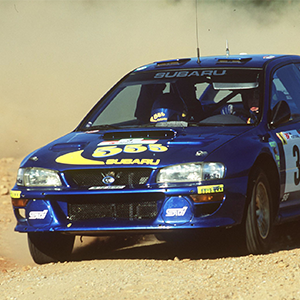 This year Shelsley Walsh are celebrating two highlights in motorsport and paying tribute to a record breaking family.

After the huge success of last year with Group B, we are looking forward to welcoming Group A rally cars which took over from 1987 and then the World Rally Car from 1997. This was the era of the Ford Sierra Cosworth, Lancia Delta Integrale before the rise of the iconic Ford Escort Cosworth, Ford Focus, the 555 Subaru Impreza, the ever faster editions of the Mitsubishi Evolutions, the Toyota Celica GT-Four and then Corolla WRC.

It was also the era of Jimmy McRae, Russell Brookes, Mark Lovell, Malcolm Wilson and David Llewellin and gave rise to Tommi Makinen in the Mitsubishi Evolution who won the World Rally Championship four times on the bounce from 1996 to 1999.

It was also the era of the Brits as Colin McRae who had become world champion in 1995 and Richard Burns battled for titles with ‘Burnsie’ emotionally winning on the RAC Rally in 2001.

We will also be paying tribute to The Campbells. Shelsley Walsh has always had a connection with speed records. On the 50th anniversary of his death Donald Campbell’s daughter Gina and his nephew Don Wales will be joining us to mark the occasion with a very special unveiling of a car dedicated to Bluebird.

An amazing sight and sound will be the Napier Bluebird replica with the W12 aero engine which will do demonstration runs on the hill, it will be an amazing sight.

Don and Gina will be interviewed by David Tremayne, an authority on speed records, on the main stage in The Courtyard as well as book signings on the Peter James & Stewart Miller Insurance stand during the weekend. There will also be a selection of Campbell memorabilia and cars on display.

Both Malcolm and Donald were involved with the MAC and Shelsley Walsh, Malcolm actually competed on the hill in 1935 and Donald gave a talk to the club in 1950 about his father’s land and water speed record achievements.

On the Sunday there will be a street Concours sponsored by Classic and Sports Car Magazine for the first 100 cars to arrive.

The top 15 will then have a parade run up the hill during the lunch break. Judging will be carried out by motorsport commentator Simon Taylor.

Alongside our highlights will be a weekend full of competition with a wide variety of cars tackling the famous hill.

For this year you can purchase an all inclusive VIP Hospitalty package with viewing from the prime location of Bottom Ess where you can watch trackside as the cars approach at speed and brake into the 90 degree left hander. Great spot to watch the rally cars in action!

Off track, The Courtyard is where you will find the main stage hosting music and dancing for those who wish to relax and soak up the atmosphere. The main stage will also be the place to be to hear from our guests chat about their time in motorsport.

One lucky person who represents the Spirit of Shelsey Walsh will also be presented with a special Omologato timepiece on the Sunday Afternoon. Shami Kalra commented “I am really looking forward to this years event, great to work with such an iconic venue” 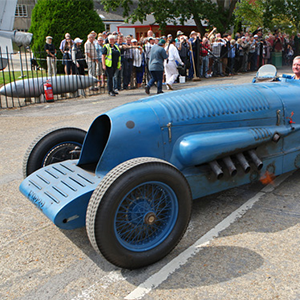 There will also be tradestands leading you up the track to the spectator areas which can be visited via the food court which will overlook the classic car and car club area.

Car clubs will be made very welcome with discounts available for clubs who bring more than 25 cars. We already have a number of clubs booked in.