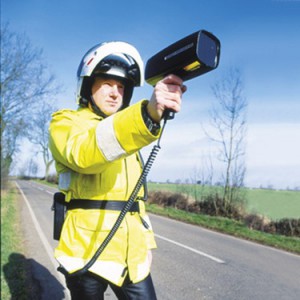 A dangerous driver – with a string of previous motoring offences – will soon be off UK roads thanks to a unique, landmark citizen cop conviction.

Truck driver Adrian Maynard, 47, from Northampton, was caught speeding by a PoliceWitness.com in-car camera system in May 2012, with three points already on his licence.

Found guilty of dangerous driving in March, by Magistrates in Northampton, Maynard was banned from driving for a year, handed 40hours of community service and forced to resit his driving test.

However, he appealed his punishment and was allowed to continue driving, pending a date for the appeal.

In the five months between the conviction and this week’s hearing, Maynard then racked up a further nine points for additional driving offences – taking him up to the 12-point disqualification limit.

Despite the success of his appeal against the dangerous driving conviction, Maynard instead pleaded guilty to careless driving.

This could see Maynard’s driving licence amass as many as 21 points, meaning he will face an automatic ban regardless.

Matt Stockdale, Chairman of PoliceWitness.com, said: “We are delighted to have made a significant contribution in helping to remove a dangerous driver from our roads, despite the dubious and even incompetent actions of the CPS.

“For a member of the public to bring a successful prosecution of this kind is absolutely huge.

“There are fewer and fewer police officers on our streets but this just goes to show you, or I, can make a difference in holding dangerous drivers to account.

“This highlights the fact that we don’t need new legislation and laws but that the existing laws can be community-enforced using services such as PoliceWitness, just as the Home Secretary, Theresa May envisaged.

“It’s not about being vigilantes; motorists recording their journeys with a discreet in-car video camera not only gives a considerable amount of personal protection for them and their family, it has the added advantage of being able to report those who flout the law – thereby keeping our roads safer.”