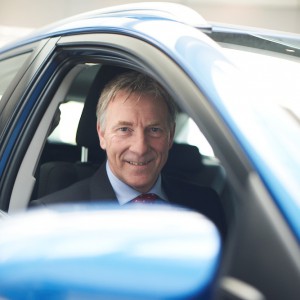 Ewan Shepherd is the new Sales Director for Toyota GB.

Mr Shepherd, who has been the brand’s General Manager of Sales Operations since June 2012, assumes his role with immediate effect.

He has responsibility for the delivery of Toyota’s sales aspirations in retail and fleet channels, and the continuing development of their dealer network.

“I have held a number of roles during my time at Toyota, but I am particularly looking forward to growing Toyota sales in the UK with our network partners and achieving our combined aims,” he said.

“It’s a great time for the company as we continue to roll out hybrid technology across the range, and bring new, exciting products to the UK.”

Mr Shepherd joined Toyota GB in 1999, and held various field-based roles before his first executive appointment as General Manager of Operations for Lexus in 2006.

In 2011 he was appointed General Manager of Fleet and Vehicle Remarketing before his move to lead the Sales Operations team in 2012.