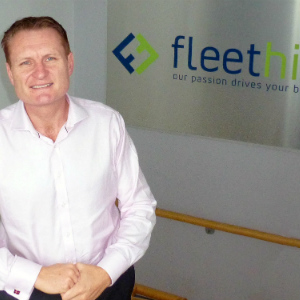 The Solihull-based company has seen CO2 levels fall on its contract hire fleet to an average of 109.43g/km in the first four months of this year.

That compares to an average of 130.28g/km just over four years ago , a fall of 16%, as contract hire clients have heeded the company’s advice and switched to low carbon-emitting models, including growing numbers of hybrid models.

It’s a similar picture on the fleet of Car Salary Exchange (CSE), the company’s fast-growing car benefit brand. Average carbon emissions in the first four months of this year were just 103.86g/km, a fall of 10% from four years ago, when average emissions on the CSE fleet were 115.53g/km.

The fall in carbon emissions across both fleets has been led by a swing to lower carbon-emitting new vehicles on both the corporate and driver side of the choice spectrum.

This has been facilitated by an increase in the number of hybrid vehicles available from most of the major manufacturers, which has been a major factor in the fall in carbon emissions.

Models such as the Mitsubishi Outlander PHEV have become increasingly popular, and with carbon emissions of just 43g/km, it is the greenest model chosen by contract hire drivers.

However, while other hybrids also feature on the top ten green contract hire cars, conventionally engined diesels also figure prominently, as manufacturers have been able to significantly reduce CO2 emissions in smaller hatchbacks.

When it comes to the choice of salary sacrifice drivers, the greenest model on the CSE fleet is the BMW i3 range extender, which is powered by a 168bhp electric motor and a two-cylinder 37bhp petrol engine and has emissions of just 13g/km.

The Mitsubishi Outlander PHEV also features on the salary sacrifice fleet, along with an assortment of generally smaller but conventionally engined hatchbacks – see table below.

Chief executive Graham Hale said: “We are seeing CO2 levels fall across both our contract hire and salary sacrifice fleets, as clients and drivers alike understand the financial advantages of switching to models with as low carbon emissions as possible to keep tax liabilities in check.

“The Government has clearly signposted that this and future tax regimes will be linked to carbon emissions, with tax rises of 2-3% already announced for the next four years.

“The trend towards lower carbon emitters will therefore continue over time, and we fully expect more of our clients and our salary sacrifice drivers to continue to choose these ‘greener’ models to help keep their tax and National Insurance liabilities as low as possible.”

Fleet Hire founded its Car Salary Exchange division some four years ago and now has over 120 live salary sacrifice car schemes in operation in both public and private sectors. 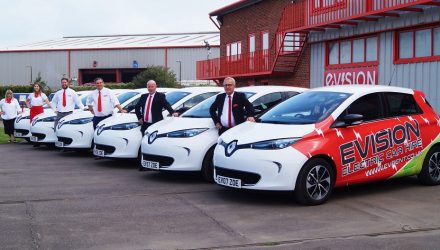 Electric company car leasing is on the rise t...