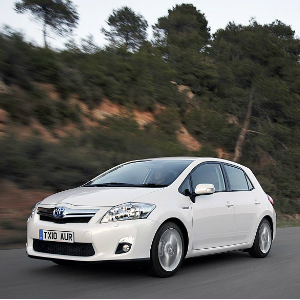 Toyota and Lexus has announced safety recalls covering two issues affecting some Pirus, Auris and Lexus CT 200h Models. The recalls affect a total 72,885 UK-registered cars. As yet, there have been no reports of any accidents or injuries relating to these issues however Toyota and Lexus are conducting the recall according to DVSA (Driver and Vehicle Standards Agency, previously known as VOSA, Vehicle Operating Standards Authority) code of practice and will perform all checks and repairs free of charge.

The subject vehicles are equipped with an evaporative fuel emissions control unit (canister) mounted in the fuel tank. There is a possibility that cracks could develop in the coating of the emissions channel due to improper shaping of portions of the channel. As a result of this condition, the cracks could expand over time and, eventually, fuel may leak from these cracks when the vehicle has a full tank of petrol.

We have not received any report of accidents, injuries or fatalities linked to this issue.

The vehicles subject to this recall were manufactured within the period April 2006 and August 2015.

For all involved vehicles, Toyota and Lexus dealers will replace the canister with an improved one at no cost. The work will take approximately two to three hours.

Toyota and Lexus will conduct a recall involving certain Toyota Prius and Lexus CT200h models which affects 34,135 vehicles in the UK (NB: all these vehicles will also be included in the above recall).

The involved vehicles are equipped with curtain shield air bags (CSA) in the driver and passenger side roof rails that have air bag inflators composed of two chambers welded together.  Some inflators could have a small crack in the weld area joining the chambers, which could grow over time, and lead to the separation of the inflator chambers.  This has been observed when the vehicle is parked and unoccupied for a period of time.  If an inflator separates, the CSA could partially inflate, and, in limited circumstances, one or both sections of the inflator could enter the interior of the vehicle.  If an occupant is present in the vehicle, there is an increased risk of injury.

For all involved vehicles, Toyota and Lexus dealers will install retention brackets on the curtain shield air bag inflators at no cost.  These retention brackets are designed to prevent the inflator chambers from entering the vehicle interior if separation occurs.

As of June 20, 2016, based on a diligent but not yet exhaustive review of available data, the company is not aware of any injuries or fatalities associated with the condition.

The vehicles subject to this recall were manufactured within the period October 2008 and August 2012.

For all involved vehicles, Toyota and Lexus dealers will install retention brackets on the curtain shield air bag inflators at no cost.  These retention brackets serve as protectors to prevent the inflator chambers from entering the vehicle interior if separation occurs. The repair will take approximately two to four hours.

In accordance with DVSA guidelines vehicle owners will be contacted by Toyota or Lexus within the coming weeks by post or telephone and asked to make an appointment to bring their car to their nearest Toyota or Lexus Centre,

Customers can check whether their vehicle is affected using a registration look-up function in the owners section of the main website www.toyota.co.uk orwww.lexus.co.uk

If owners require additional information they can contact Recall Helpline on 0344 7016202.

let us know if this has, or will, affect you or your fleet.