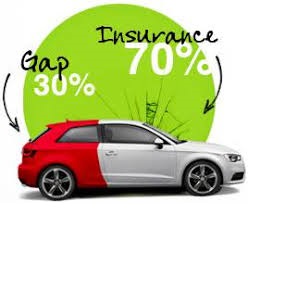 Dealerships are selling GAP (Guaranteed Asset Protection) insurance to car buyers for up to ten times more than an equivalent policy from a specialist GAP insurance company.

One car buyer bought a Mercedes-Benz A180 CDI Sport for £20,000 and was quoted £1,000 for GAP insurance from the dealership, compared to an equivalent quote from a specialist GAP insurance company, like InsuretheGap.com, for only £108.73.

The analysis by InsuretheGap found that, of 90 customers surveyed, all were quoted more for a dealership GAP policy than if they had bought one direct from InsuretheGap, for instance.  Across the range of vehicles, the average dealership quote for GAP insurance was £467 and the average InsuretheGap quote was £131, a saving of 72%.

When a car is stolen or written off, the insurance company will only pay what the car is worth at the time.  A GAP policy covers the difference between the current market value of the car and either the price that was paid for it originally (Return to Invoice GAP); the amount owed on finance (Finance GAP); or a combination of the two (Combined Total Loss GAP) for those who paid a deposit as well as using a finance option.

One of the more expensive cars in the study was an Audi Q7 S Line costing £46,000.  The buyer was then quoted a dealership GAP policy for £499, double the cost of an InsuretheGap equivalent policy costing £207.33.

One of the cheapest cars bought in the survey was a Vauxhall Corsa bought for £7,499.  Similarly, the buyer was quoted three times more for a dealership GAP policy, costing £299, than the one they bought from InsuretheGap for £87.99 – a saving of 71%.

Ben Wooltorton, Chief Operating Office at InsuretheGap.com, said: “As more and more people buy cars on credit, there’s an increased risk to car owners that if their vehicles are stolen or written off they could be lumbered with paying off the finance agreement for a car that no longer exists.  If a car is over 18 months old, an insurance company will only pay out the current market value of the car, leaving people with this potential ‘gap’ in their finances.

“A GAP insurance policy bridges the gap between what a car cost new and the money received from the insurer if a claim is made,” he said.