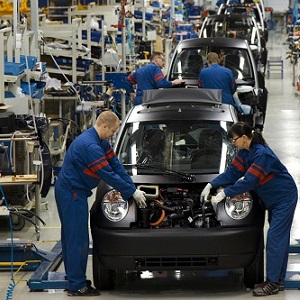 British car manufacturing declined -4.4% in February, as production for the home market fell by double figures, according to data published today by the Society of Motor Manufacturers and Traders (SMMT). Exports also declined, but by a less substantial -0.8%, with 117,139 vehicles shipped overseas, accounting for more than 80% of output.

Mike Hawes, SMMT Chief Executive, said, “Another month of double digit decline in production for the UK is of considerable concern, but we hope that the degree of certainty provided by last week’s Brexit transition agreement will help stimulate business and consumer confidence over the coming months. These figures also highlight the scale of our sector’s dependency on exports, so a final deal that keeps our frictionless trade links with our biggest market, the EU, after December 2020 is now a pressing priority.”