Brits happier than ever with their cars 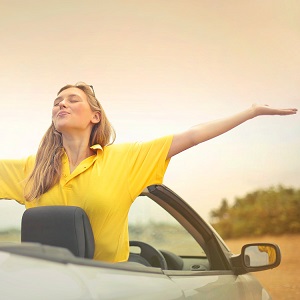 Britain’s biggest new car satisfaction survey, Driver Power, has revealed that Britons are happier in 2018 with their new cars than ever before.

Overall vehicle satisfaction is up this year, with an average score of 90.94%, up from 89.83% per cent in 2017. Every single category showed an increase in satisfaction compared to last year, proving Brits really are enjoying their cars more.

Martin Saarinen, Consumer Editor at Auto Express, said: “The results from this year’s survey show an improvement in driver satisfaction in every single category, as well as a rise in overall satisfaction. The last 12 months have seen some exceptional cars launched, so it’s no surprise to see Brits happy with their new motors. There’s still work to be done, though, as new car owners continue to tell us that their motors aren’t always trouble-free.”

Of the 75 cars in this year’s survey, the Peugeot 3008 is the car which makes its owners happiest, with a remarkable 93.88% satisfaction score. That’s a record score compared to previous winners such as the Skoda Superb in 2017 at 93.42%.

Steve Fowler, Editor-in-Chief at Auto Express, said: “The new 3008 SUV is providing precisely what owners want these days. It’s got the SUV style that’s in huge demand, but backs it up with a high-quality interior, plenty of space, a great drive and excellent reliability – it’s no surprise owners love it so much.”

David Peel, MD of Peugeot UK, said: “Our team has a very disciplined and focused approach to deliver our Peugeot brand pillars, which are to build cars with sharp design, uncompromising quality and to deliver the instinctive driving experience that is synonymous with the Peugeot motorsport heritage.

“2017 also saw our fabulous Peugeot 3008 SUV win 38 global awards, but certainly in the UK winning the accolade of the Driver Power ‘Car of the Year 2018’ is one of the most important. We know that we have a fabulous SUV, but to be awarded ‘Car of the Year’ by our customers is absolutely fantastic.”

Hybrids continue to make waves this year, with more hybrids featuring in the Driver Power Car of the Year Top 10 than ever before. Cars such as the Lexus RX (92.99%), Lexus NX (voted best built car 2018), Lexus IS (92.19%) and Toyota Prius (93.04%) were rated particularly well for engine, gearbox and running costs in this year’s survey.

Now in its 16th year, Driver Power is the largest car satisfaction study in the UK. Drivers with models up to 24 months old were quizzed on all aspects of ownership, including how well their vehicles accelerate and steer, whether there are enough storage compartments and sufficient boot space inside, and if they think their infotainment system is performing as they expected.

These were just a few of the 31 areas that made up the nine voting categories in Driver Power this year. And in total, the survey received more than 80,000 consumer responses for 2018.