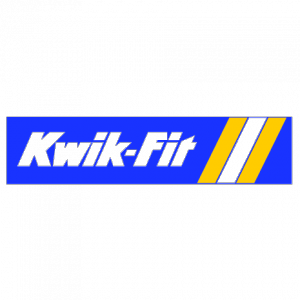 A new study reveals that Brexit could bring a boost to the tourism industries of a number of European nations over the next two years as more Brits holiday on the continent before we exit the EU, with Italy and Spain profiting the most. However, the findings also show that many British tourists will be unprepared for driving on foreign roads.

The research for Kwik Fit, the UK’s leading automotive servicing and repair chain, found that 7.1million Brits who have not visited Italy previously are keen to do so before the UK leaves the EU. Spain is set to see 5.6million new British visitors, while 4.7 million want to visit Portugal for the first time. Greece could welcome 4.7million Brits for a first visit, while 4.1 million of us who have never holidayed in France say they would like to cross the Channel before our EU membership ends in 2019.

While many Brits say the triggering of Article 50 and the Brexit negotiations have not changed their holiday plans, almost 4.5million Brits say they are more keen to holiday in Europe in the next two years in case it is more difficult or more expensive to do so once we have left the EU.

The regions where people are most keen to take an EU holiday reflect how the nation voted in the referendum, with Scots having the highest proportion of people saying they are more likely to visit Europe before Brexit. Of the English regions, those in London and the South East are twice as likely as those in the south west to say that triggering Article 50 has made them more keen to travel to Europe before we leave the EU.

Whichever destination holidaymakers are heading for, Kwik Fit advises that anyone driving abroad should ensure they know the rules of the road in the country they are visiting. The study found that more than one in six (17%) drivers do no research before they drive abroad, saying they rely on ‘common sense’, ‘international road symbols’ or ‘advice from the car hire company’. A further 46% admit to only doing a little bit of research themselves, with only just over a third (37%) saying they do thorough research.

Kwik Fit’s study suggests that this lack of research could be the cause of uncertainty on foreign roads. The research found that almost a quarter of drivers (24%) say they are not confident that they know the local rules when driving abroad, with only 16% saying they are very confident. 61% say they are quite confident about knowing the rules of the road when visiting another country.

Roger Griggs, communications director at Kwik Fit said: “It’s clear from this research that the vote for Brexit has prompted many people to visit EU countries for the first time, in case it becomes more difficult or expensive in the future. However, although the UK may be dealing with the EU as a whole in the Brexit negotiations, European countries all have different regulations regarding driving. We recommend that anyone planning on driving abroad carries out research before they arrive, so that they are confident they know the specific rules for that particular country.”

The table below shows the top ten desirable countries: “Of the EU countries you have never visited, which are you most keen to visit before the UK leaves the EU?”