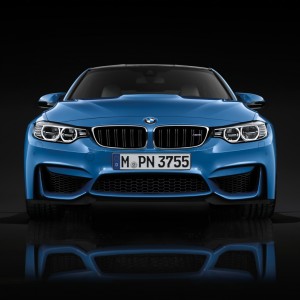 BMW have revealed their all-new M3 Saloon and M4 Coupe.

The launch of the high-performance, fifth-generation variants marks the first time the Saloon and Coupe models have received individual model names.

Both models will also adopt a turbocharged engine for the first time – the 431hp 3.0litre, six-cylinder in-line engine with M TwinPower Turbo technology.

The new powerplant also boasts fuel economy of 34mpg and CO2 emissions of 194g/km – an improvement of 25% over the previous model’s figures.

Karim Habib, Head of Design at BMW Automobiles, said: “The superior performance of the BMW M3 Saloon and BMW M4 Coupe should be obvious at first glance.

“Indeed, the exterior design has a visual impact that elevates the BMW M design language to a new level of expression, highlighted by a purposeful character, emotional appeal and dynamic verve.”

Full specification, prices and release dates will be revealed in due course.