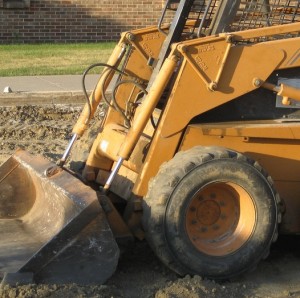 A Blackburn skip hire firm have been fined £60,000 for health and safety failings after a worker was crushed to death by a faulty skid steer loader.

Amin Qabil, 21, from Afghanistan, died in August 2010 from massive rear head injuries after the vehicle he was using to move rubbish at Blackburn Skip Hire reversed into him.

Health and Safety Executive (HSE) investigators found the vehicle was unsafe and Mr Qabil had not been formally trained to use the equipment.

Preston Crown Court heard the firm had bought the second-hand skid steer loader at an auction in Doncaster, but failed to ensure its safety features were working correctly.

The restraint bar had been disabled, the court heard, which meant the controls could still be operated when no one was sitting in the cab.

Its minimum engine speed had also been increased, and a fault meant the vehicle could reverse unexpectedly.

The investigation concluded Mr Qabil likely caught a lever as he climbed out of the cab and was crushed against the vehicle when the bucket on the front was raised.

Blackburn Skip Hire and their owner, Zarif Mohammed, 36, pleaded guilty to single breaches of the Health and Safety at Work Act 1974 and Provision and Use of Work Equipment Regulations 1998.

Matt Greenly, Inspector at the HSE, said: “Amin Qabil’s life was brought to an end after he suffered horrific injuries caused by a vehicle that should never have been in use.

“Blackburn Skip Hire should have made sure the skid steer loader it bought at auction was safe to use, and that workers were properly trained.

“Instead vital safety features had been disabled and lives were put at risk as a result.

“The company and its owner had a legal and moral duty to look after the safety of Mr Qabil, but sadly their failings led to him losing his life.”

Image courtesy of mrsdkrebs, with thanks.