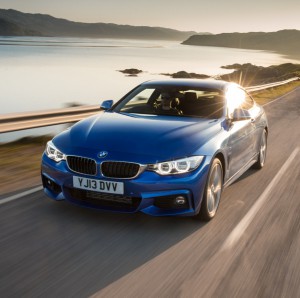 BMW are making the UK the second-biggest global market for their new 4 Series coupe in an effort to establish a segment lead.

The UK will take 17% of total production of the vehicle, which goes on sale on October 5 priced from £28,280 and replaces the 3 Series coupe.

Brian Cox, Product Operations Manager for BMW said that around 9,000 units a year were shifted at the outgoing model’s peak.

The two-door 3 Series had few, if any, competitors when it launched, but both Audi and Mercedes-Benz have since launched rivals.

The 4 Series is 26mm longer with a 50mm longer wheelbase than the 3 series; it launches with a choice of three versions, but with five more variants available from November.

Mr Cox said: “With more engine and our xDrive four-wheel drive also coming along I think it could prove more popular than the 3 Series coupe.”