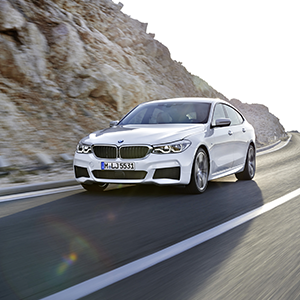 BMW Group sales achieved their best ever June, with sales in the month totalling 232,620, a 2.1% increase year-on-year. It was also a record first half-year with sales of the BMW Group’s three premium brands, BMW, MINI and Rolls-Royce, increasing by 5.0%; a total of 1,220,819 vehicles have been delivered to customers around the world so far this year.

“June rounds off our best ever first half-year and the BMW Group remains the world’s leading premium car company,” commented Dr Ian Robertson, Member of the BMW AG Board of Management with responsibility for Sales and Brand BMW. “We’ve already sold more than a million BMW vehicles this year, which is a new first-half-year record. June also saw our successful electrification strategy expand still further to include the MINI brand, meaning customers can now choose from nine electrified BMW Group vehicles. With sales of these models up by eighty per cent compared with the first half of last year, we’re looking forward to celebrating delivery of the 200,000th electrified BMW Group vehicle later this year,” he continued.

Sales of MINI brand vehicles achieved a new record for June with 39,443 units delivered to customers around the world, an increase of 3.0% compared with the same month last year. June rounded off the brand’s record first half year, with sales totalling 181,214 (+3.6%). “MINI continues to achieve sustainable growth in sales around the world,” said Peter Schwarzenbauer, Member of the BMW AG Board of Management responsible for MINI, Rolls-Royce and BMW Motorrad. “Sales of the new MINI Countryman are particularly pleasing and I’m delighted that with the launch in June of the MINI Cooper S E Countryman ALL4, electric mobility is now available on a large scale from the MINI brand. Customer interest in this car has been extremely high and I’m confident we will see continued growth across the brand in the second half of the year,” he added.

In the first half of 2017, the Goodwood-based Rolls-Royce brand delivered 1,575 (-6.5%) motor cars to customers. The same period in 2016 was particularly strong due to the popularity of the newly introduced Rolls-Royce Dawn. This base effect, and the absence from the market of the Phantom pending the introduction of the new Phantom later this year, account for the decrease in sales year-on-year. Despite considerable ongoing headwinds in the luxury sector in several regions, Rolls-Royce continues to strive for long-term sustainable growth.

BMW Motorrad achieved its best-ever June with a total of 17,260 motorcycles and maxi-scooters delivered to customers, an increase of 15.1% on the same month last year.

Those figures helped BMW Motorrad achieve a record first half-year with sales totalling 88,389 in the first six months of the year, up 9.5% on the same period last year.

BMW & MINI sales in the regions/markets at a glance
With the automotive market experiencing challenges in several significant markets, the BMW Group continues to follow its policy of balancing sales around the world to achieve sustainable, profitable growth.

Europe is the BMW Group’s most significant sales area and despite recent downturns in the region’s two largest markets, Germany and the UK, overall BMW Group sales for the first half of 2017 are up 2.2%.
BMW Group sales in Asia continue to achieve significant growth this year, driven mainly by China, where combined BMW and MINI deliveries are up 18.4% in the first half-year.
This strong increase is largely due to full availability of the BMW X1 and the popularity of the new BMW 1 Series sedan, a car designed exclusively for China.
BMW and MINI sales in the Americas continue to be affected by the decline in the overall automotive market in the USA. Meanwhile sales in other markets in the region maintain their positive growth, with BMW Group deliveries in Mexico and Latin America achieving a further double-digit increase.