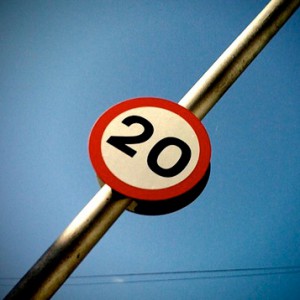 Plans to set a 20mph speed limit on 90% of Birmingham’s roads are being backed by road safety charity DriveSafe.

A public consultation has been launched by Birmingham City Council to drop the limit on residential roads, while keeping the 30mph threshold on major routes.

Consultation on whether and how the plans should be implemented will run until November 29.

The road safety charity have also applauded clarification given by the Association of Chief Police Officers (ACPO) confirming the new limit will be routinely enforced.

Fay Goodman, Founder of DriveSafe, said: “Birmingham City Council’s proposals to make roads in the city safer and to reduce the number and severity of accidents speed limits are to be applauded.

“In addition to residential areas, there should also be a 20mph speed limit in and around busy shopping areas, schools, leisure centres and hospitals, as well as near transport interchanges including bus, rail and coach stations.

“Far too many people are killed or seriously injured in built-up areas by people driving too fast and it’s well-proven that pedestrians are more likely to survive accidents at lower impact speeds.”

Image courtesy of Claire_Sambrook, with thanks.