‘Beast from the East’ caused an upsurge in 4x4s accidents 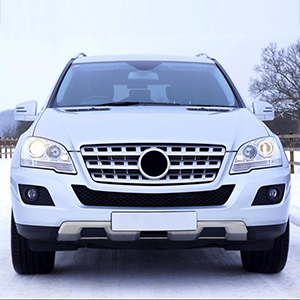 Accidents involving 4x4s soared by 37% last week as the ‘Beast from the East’ battered Britain, according to analysis by Accident Exchange.

The upsurge of 4×4 vehicle accidents – which weren’t their fault (non-fault) – of over a third compared to an average week was also 15% higher than the week before the storm.

The 4×4 vehicle segment was among the fastest growing last year*, with buyers often opting for a four-wheel drive vehicle because they feel safer and more secure, especially if they are transporting their families.

But, while the increased winter capability of a four-wheel drive car gives 4×4 drivers the edge in bad weather, it doesn’t stop them from becoming ‘sitting ducks’ as other road users lose control in snow and ice.

Despite fewer car journeys being made as drivers chose not to battle the snow, the proportion of non-fault accidents involving mainstream, saloons and sports vehicles remained constant, suggesting that those who ventured out were more likely to have an accident.

Scott Hamilton-Cooper, Director of Sales & Operations at Accident Exchange, said: “It might be surprising to some, but the analysis demonstrates that 4×4 drivers shouldn’t develop a false sense of security. The data suggest that in the worst conditions they are more likely to be hit by other drivers.

“Having an accident can be an extremely stressful time but we aim to ensure drivers receive a suitable replacement car promptly; it’s vital to have vehicles available to cover all eventualities, including freak events like last week’s storm.”

Accident Exchange runs an extensive fleet of vehicles to provide like-for-like replacement cars to drivers following an accident, getting them back on the road as quickly as possible. Its aftercare service, which includes providing a replacement car, arranging repairs and dealing with all insurers, minimises the worry and hassle caused by an accident.

For more information about how to access its services, please visit www.accidentexchange.com/.