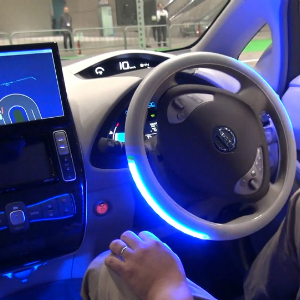 The real financial and social impact of autonomous driving vehicles on European roads has been revealed for the first time, as Nissan unveils one of the most comprehensive studies ever compiled on the subject.

Freeing the Road: Shaping the future for autonomous vehiclesis an independent report by think tank Policy Network. It was commissioned by Nissan Europe to analyse both the social and economic opportunities offered by autonomous drive technologies. The report also highlights the key steps that need to be taken by governments and regulators to overcome technological and social challenges of autonomous drive. Focusing on Germany, Spain and the UK – the report highlights crucial features of the policy debate around autonomous vehicles and assesses the likely economic impact for the region as a whole.

The new independent economic analysis shows that autonomous vehicles will start adding 0.15 percent to Europe’s annual growth rate in the decades to come. As a result, the European (EU-28) gross domestic product will, cumulatively, be 5.3 percent higher in the year 2050 than currently, by which time autonomous vehicles will have contributed a total of €17tn to GDP.

Paul Willcox, Chairman of Nissan Europe, said:  “This independent report highlights that we are in the midst of a social and economic revolution. It shows that autonomous technology will have a fundamental impact not just on the automotive industry but across European economies and societies and it suggests that leadership within all levels of government is needed.

“At Nissan we believe, for the full benefits of autonomous drive technologies to be realised, governments and municipalities across Europe should review the report’s findings, work hand in hand with the automotive industry, and play a vital role in ushering in this new technological era.”

Supporting this independent report is a comprehensive pan-European consumer study which has identified what people see as the main benefits of autonomous driving.

Willcox added: “What’s clear from the research published today is that political decisions makers across Europe need to prioritise autonomous vehicle policies to create a favorable environment that will see this technology flourish. The customers want it, and are starting to see the benefits of an autonomous future, but we need the right legislative environment to enable this exciting new era of mobility to thrive.

“We strongly advocate that policy makers continue to work collaboratively with industry, so that together we can ensure that the many social and economic benefits highlighted today are made a reality in Europe.”