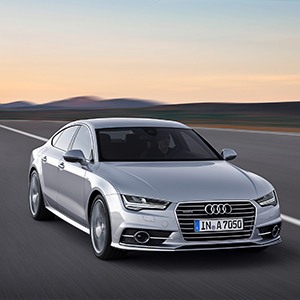 Audi have revealed the new A7 Sportback, ahead of its release later this year.

A fleet-friendly 272PS 3.0litre TDI Ultra will return up to 60.1mpg with CO2 output from 122g/km, with two further TDI and two TFSI engines also available, with outputs ranging from 218PS to 450PS.

The most striking exterior changes are to the single frame grille, which adopts the latest hexagonal design, to the bumpers, which have been resculpted, and to the tailpipes, which now have wider, trapezoidal apertures.

LED headlamps also now complement the A7 Sportback’s LED daytime running lights as standard, and can be further enhanced by Matrix LED headlights.

Boot space is at 535litres. 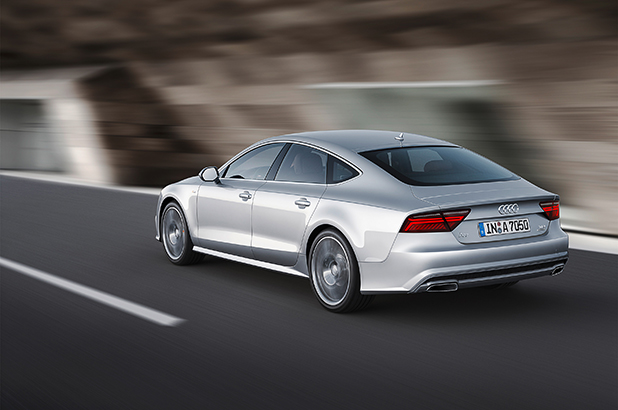 Inside, the front seats can be optionally equipped with ventilation and massage functions, and there are four seat versions to choose from.

The MMI radio plus operating system is standard and can be supplemented as an option with a head‑up display that projects all important information onto the windscreen.

Full specification and pricing will be revealed in due course. 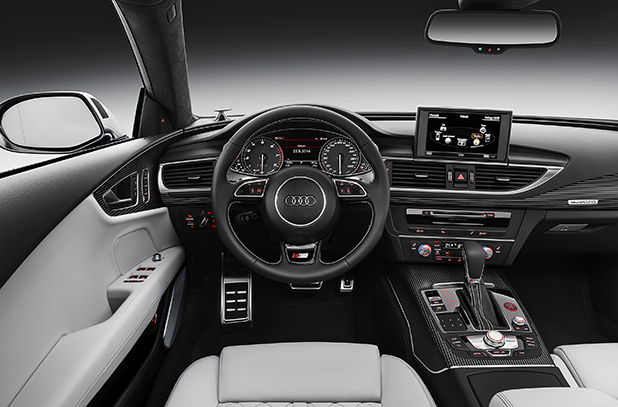