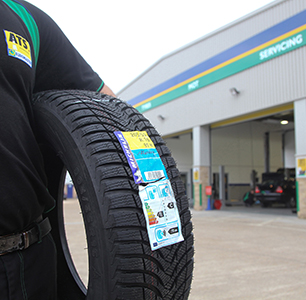 ATS Euromaster are expecting higher-than-ever demand for cold weather tyres in 2014 after reporting the third consecutive year of sales growth of the specialist rubber.

The tyre company are already in talks with fleets about their requirements for winter 2014/15 and are urging customers to place their orders for cold weather tyres sooner rather than later, to avoid missing out.

Among the biggest users of the tyres are supermarket chains, logistics companies, blue light operators and council fleets.

Peter Fairlie, Group Sales Director at ATS Euromaster, said: “Despite a relatively mild winter sales of cold weather tyres increased by 25% in 2013 compared to the previous year, which we believe is down to better preparation by fleets for the unpredictability of the British weather.

“When the roads are covered in snow and ice, it’s almost too late to fit cold weather tyres as stocks sell out fast.

“Smart fleet managers and operators place their orders early and ensure their vehicles are fitted with the rubber in good time, so whatever the weather their drivers won’t be caught out.”

Cold weather tyres provide enhanced mobility and safety when temperatures drop below 7 degrees Celsius – at which point the performance of ‘summer’ tyres deteriorates as the rubber becomes harder and less ‘elastic’.