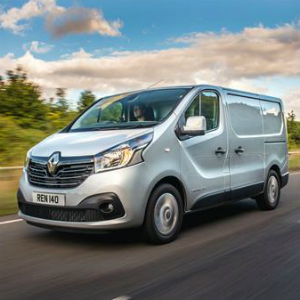 Globally, Groupe Renault delivered a strong year in the LCV market in 2015, with sales reaching 387,000 units, an increase of 12.4 per cent in spite of a 6.3 per cent dip in the total market (excluding North America).

Renault’s share of the global LCV market stood at 3.8 per cent, an improvement of 0.6 percentage points over 2014.

In 2015, Renault sold 92,400 units outside Europe. This performance was achieved despite headwinds in terms of total sales in key markets like Brazil and Algeria. Groupe Renault performed in all regions except AMI (Africa, Middle East, India) where sales were particularly impacted by market conditions in Algeria.

Renault’s products are sold in 112 countries and the brand stands out as a top-three player in many of them.

An 18-year success story in Europe

Renault topped the European LCV sector, as defined by ACEA* (European Automobile Manufacturers’ Association), for the 18th consecutive year due to the strong performances of the Kangoo, the Master and the multiple award-winning Trafic.

In a European market that expanded by 11.4 per cent, Renault’s LCV sales were up in all the main markets, including Germany, Italy, Spain and, especially, the United Kingdom which achieved its best ever sales (up 1.2 percentage points).

In France, too, Renault’s market share increased by 1.2 points to 32.85 per cent, the brand’s best performance since 2006. The Kangoo, Trafic and Master all topped their respective segments.

“We are proud to have maintained our lead in Europe for the 18th consecutive year. This result is evidence of our determination to offer our customers a comprehensive, tailor-made range of LCVs that has been consolidated by the launch of the new Trafic,” says Pascal Schmitt, VP, Global LCV Sales & Marketing.

Renault’s LCV expertise is boosted by its dedicated Technical Centre in Villiers Saint-Frédéric, France, where such highly successful models as the Kangoo, Trafic and Master were developed. The centre’s facilities and engineering teams are perfectly geared to developing and testing new vehicles, including the production of prototypes and simulation work, as well as the development of manufacturing processes.

The manufacturing excellence of Renault’s factories is recognised by other LCV brands, as illustrated by solid partnerships with GM, Daimler, Renault Trucks and, more recently, Fiat, as well as with Renault’s Alliance partner, Nissan.

South America: Renault manufactures the Kangoo in Argentina and the Master in Brazil.

Africa: Groupe Renault produces the Dokker in the newest plant in Tangier, Morocco, where output increased by 28 per cent to more than 71,000 units.

Renault Pro+ is Groupe Renault’s worldwide expert brand committed to serving buyers and users of light commercial vehicles, providing tailor-made products and services through a highly-trained specialist network. The Renault Pro+ expert brand embodies Renault’s promise to its LCV customers and will continue to help to drive its ambitions in the global LCV marketplace in 2016.

“Our strong global results, with a 12.4 per cent growth, give us confidence for the future. We are also proud to confirm our leading position in Europe for the 18th consecutive year.  2015 has been indeed rich particularly with the launch of our new LCV expert brand Renault Pro+ which illustrates our willingness to offer our customers a comprehensive and tailor-made LCV range.”