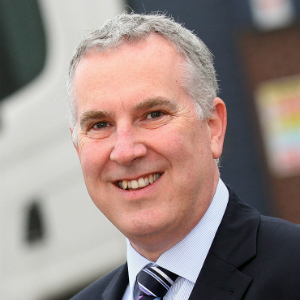 Andrew Jamieson (Pictured) has been appointed to the position of UK Truck Sales Director for Scania (Great Britain) Limited with effect from 1 August 2016.  Andrew’s appointment follows the news that Martin Hay, the current incumbent, is moving to Scania CV AB in Sweden to take up the post of Head of Sales (Trucks).

Andrew Jamieson has worked within the Scania UK organisation for more than 20 years during which time he has covered a number roles including marketing, contracts, used truck sales and rental.  Prior to returning to Scania (Great Britain) Limited last year as Operations and Risk Director, he spent seven years as Managing Director of West Bromwich-based Scania dealer, Keltruck Limited.

“Andrew’s extensive experience is sure to serve him well as our UK Trucks Sales Director,” says Claes Jacobsson, Managing Director of Scania (Great Britain) Limited.  “He is well known and highly respected both by our customers and within the UK Scania network, and as such is the ideal choice for this challenging and key role.

“I would also like to thank Martin Hay for the excellent work he has carried out in the UK, where he has led the team who have taken, and are now maintaining, our market share at around the 20 percent mark.

“On behalf of the entire organisation I wish both Andrew and Martin every success as they progress their careers with Scania.”