£3.1 Million Worth Of Orders Within 24 Hours 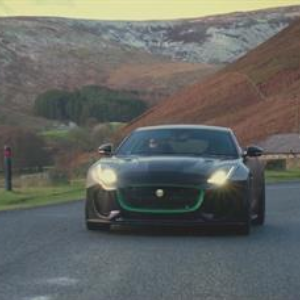 Following The Lister Motor Company’s preview announcement just two days ago of the fastest, most powerful and luxurious car it has ever built in 65-years – the 666 bhp Thunder supercar – the legendary Cambridge-based marque has been inundated with interest, with £3.1million-worth of orders for the model received within the first 24 hours of model’s announcement.

With 22 keen customer orders already placed for the Thunder, priced from £139,950, in less than 24 hours, and ahead of the its exclusive world public debut at Historic Motorsport International, staged at London’s ExCeL from 15th-18th of February, this bespoke model has already become the fastest-selling new Lister in the specialist sports car maker’s 65-year history.

Commenting on the positive early reception to the bespoke Thunder, Lawrence Whittaker, CEO of the Lister Motor Company, says “I am delighted, overwhelmed and gratified by the huge level of interest and excitement the Thunder has already generated. Following the release of the Thunder prototype, the number of phone calls and email enquiries have been bonkers!”

He adds “Securing over £3million-worth of orders within the first 24 hours is a Company record, and I am now even more thrilled to be revealing the Thunder to the world at ExCel on Thursday 15th February, as the car looks even better in the metal, carbon fibre and Nappa leather than it does in the photographs! I’d like to thank Tiff Needell for his epic work on the launch video. As a former Lister racing driver and having watched him on Top Gear and 5th Gear throughout my life, working with him was a dream come true.”