For you, Sir Alec: Issigonis legacy lives on as new Mini launched on legend’s 107th birthday 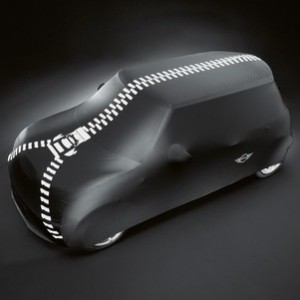 A new Mini will be unveiled on November 18 – 107 years to the day since the birth of Sir Alec Issigonis, the man who started an automobile revolution.

Just like its predecessor, the new model will be produced at the Oxford Mini Plant which will host the world premiere, with a party in London that same evening.

The new Mini will also have its exhibition premiere in front of international audiences that same week, with an almost simultaneous unveiling in Los Angeles and Tokyo.

Two days later, the limelight will shift firstly to the Tokyo Motor Show, followed just hours later in the USA at the Los Angeles Motor Show.

Now part of the BMW Group, the new car will go on sale in the first quarter of 2014.

With the introduction of the Mini in 1959, Issigonis revolutionised the automobile industry.

A transversely mounted engine, front wheel drive, wheels set in all four corners and an advanced undercarriage not only delivered unparalleled cabin space for both passengers and luggage on a small footprint, but also exceptional driving agility.