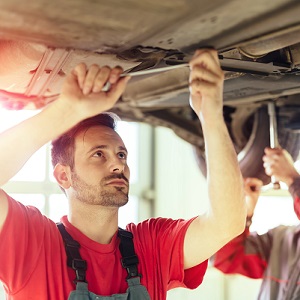 The Motor Ombudsman, the automotive dispute resolution provider, is celebrating the tenth anniversary of the launch of its Motor Industry Code of Practice for Service and Repair. The Code was introduced in 2008 in response to the need to improve standards within the service and repair sector, and to reduce the number of complaints from consumers. Today, it is one of the four Charterered Trading Standards Institute (CTSI)-approved Codes to be offered by The Motor Ombudsman, which cover the entire customer purchase and vehicle ownership experience, and is also the most comprehensive and longest-running Code of its kind.

Unveiled with the backing of the Office of Fair Trading (OfT), consumer groups and the service and repair sector, the Code was designed to ensure that individuals receive an honest and fair service when visiting an accredited business’ premises for work on their car. It quickly became recognised as the new industry benchmark for the standards expected of garages, which surpassed those required by law, and saw over 5,000 businesses voluntarily subscribing to the best practice operating guidelines in its first few months.

Since then, the Service and Repair Code has evolved and been refined in its content during the last 10 years to accommodate the arrival of the Consumer Rights Act and Alternative Dispute Resolution (ADR) Regulations in 2015, as well as the transition from Motor Codes to The Motor Ombudsman the following year. This means that over 7,500 independent garages, franchised car dealerships and vehicle manufacturer authorised repairers across the UK, which are now accredited to the Code, provide motorists with the very highest levels of service and workmanship. All businesses that are signed up to the Code have agreed to, amongst other commitments, the use of honest and accurate advertising, to open and transparent pricing, to employ competent staff that act in the customer’s best interests, and to have a swift and effective complaints handling procedure in place should a problem need resolving with a consumer.

In the event that a dispute cannot be concluded directly with the vehicle owner, any accredited business can signpost them to The Motor Ombudsman’s impartial alternative dispute resolution (ADR) service to help reach a fair and swift outcome to the complaint. With a growth in awareness of the Code during the past 10 years, and the volume of businesses accredited to it, associated contacts and cases have also risen. These stood at 2,980 and 35 respectively in 2009, the first full year of the Code being in force, and is forecast to reach over 13,000 contacts and 700 cases for 2018 alone. Common breaches of the Code during the last decade have related primarily to the quality of the work that was carried out on a vehicle, issues arising from the diagnostics process and damage to a car whilst it was in for repairs.

Despite the notable upsurge in demand for the assistance of the resolution of disputes through the means of adjudication since 2008, studies commissioned by Motor Codes and The Motor Ombudsman have revealed an increasingly positive picture of the service and repair sector. Satisfaction with the work conducted by businesses has remained consistently high during the past few years, averaging over 9 out of 10, with both independent garages and franchised dealers scoring 9.9 out of 10 in 2017. Furthermore, a study by The Motor Ombudsman also showed that vehicle owners are even happier with their service and repair experience in 2018 compared to the preceding 12 months, re-affirming the big strides that are being made to consistently drive up standards in this area of the automotive industry.

Bill Fennell, Chief Ombudsman and Managing Director of The Motor Ombudsman, said: “The tenth anniversary of our Service and Repair Code is significant. It is not only an important milestone in the history of the Code, but it’s also a cause for celebration of the sustained efforts that have been made by businesses, through the means of self-regulation, to reverse the negative image that tarnished the service and repair arena in 2008. The future of the sector is certainly looking bright based on the current trends, and it remains our continued ambition for as many businesses as possible to be adhering to the Code. This is so that even more motorists benefit from a high level of work and service regardless of where they are located in the country.”

For more information on The Motor Ombudsman, visit www.TheMotorOmbudsman.org