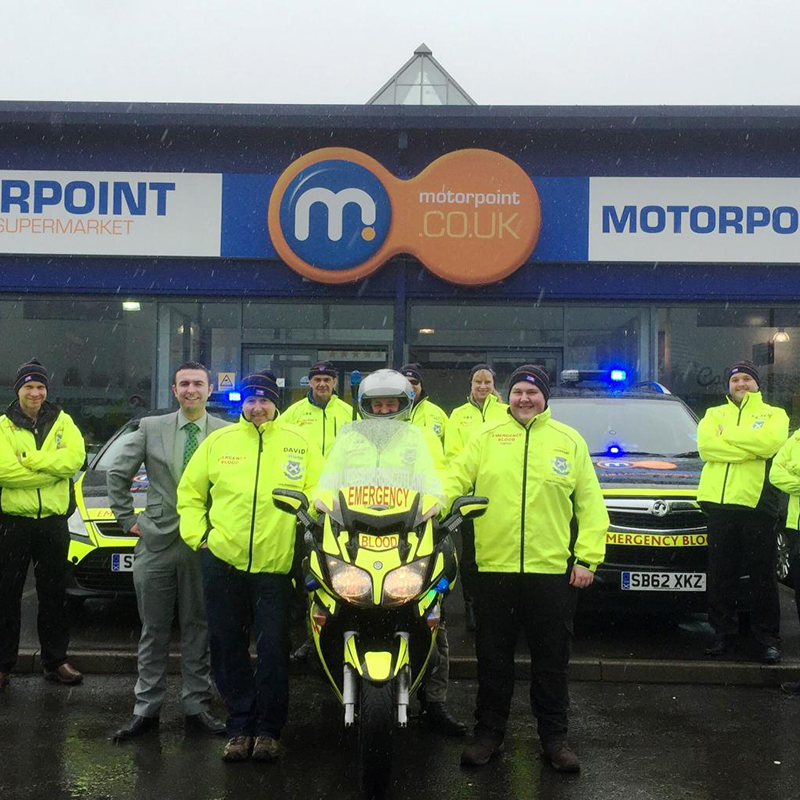 Lifesavers Scotland is rolling out its critical transport services across Scotland – with a little help from Motorpoint.

One of the UK’s leading car supermarkets has teamed up with the Glasgow-based not-for-profit charity to help expand its out of hours critical transport service, which was launched just over a year ago.

Motorpoint has provided the volunteer run service with a fleet of branded vehicles so that it can deliver its Emergency Transport Service to NHS Scotland between 7pm and 7am seven days a week.

Founded by trustees Gary Harte, Jim Harley and David Craig, volunteers from Lifesavers Scotland make in excess of 500 deliveries of vital or critical bloods, organs and other time sensitive items to hospitals every year – saving NHS Scotland tens of thousands of pounds every year in traditional courier fees. When they are not making deliveries volunteers work behind the scenes doing administration, servicing vehicles and fundraising among a variety of roles.

Adam Gilmore, General Manager of Motorpoint Glasgow, said: “We are absolutely thrilled to have teamed up with Lifesavers Scotland. Their army of volunteers do an incredible job providing an out hours critical transport service for NHS Scotland, and we are delighted to be in a position to help them expand their service to all corners of Scotland through the donation of a fleet of branded vehicles.”

David Craig, Trustee for Lifesavers Scotland, added: “We are extremely grateful to Adam and the team at Motorpoint Glasgow for all of their support. The vehicles are already making a huge difference, enabling Lifesavers Scotland to provide a dedicated seven day a week support service to NHS Scotland.”