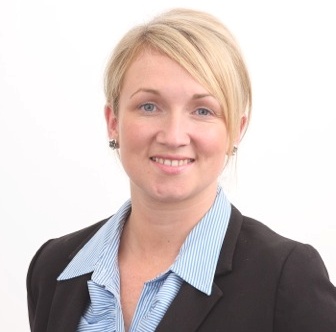 It’s the news every fleet manager dreads – an employee confessing that they’ve been charged with a driving offence.

However, the good news is that it doesn’t necessarily mean you’re about to lose a driver.

At first glance, some motoring offence charges might appear to be fairly clear-cut in that the driver is either ‘guilty’ or ‘not guilty’.

With the offence of ‘Driving Without Insurance’, for example, the driver either does or doesn’t have insurance.

There is no room for argument.

There is one way in which this type of motoring offence may be defensible, and that is if a ‘special reason’ can be found for the offence being committed.

According to the law, if a special reason can be found, then the court may choose not to endorse the penalty points on the driver’s licence, to impose a shorter period of disqualification if this were to apply, or to exercise their discretion not to ban the driver from driving at all.

The conviction would, however, remain on the driver’s licence, usually without the penalty being imposed.

It isn’t just driving without insurance that can be subject to a special reason defence.

This argument can also apply to a wide variety of other motoring offences, such as drink-driving, speeding, failing to comply with traffic signs, dangerous and careless driving, and many others.

There is a downside to this offence, however.

In order for a special reason to apply, the person must have already have been convicted or pleaded guilty at court.

If a special reason is to be argued, it is up to the person charged (or their solicitor) to raise this at court.

So what exactly constitutes a special reason?

According to the law, a special reason must:

1)    Be a mitigating or extenuating circumstance;

3)    Be directly connected to the commission of the offence; and

4)    Be one which the court ought properly to take into consideration when imposing sentence.

Crucially, for a successful argument, each and every point must be met.

Here are some examples of how the special reasons can be used when it comes to motor-related charges.

Driving without insurance is a strict liability offence – the driver was either insured or they were not.

An honest but groundless belief that they were insured cannot be a special reason.

The defendant must show that he/she was in some way misled.

One example of this might be a garage proprietor who applied for full cover, but was issued with a named driver policy without the differences being pointed out to him by the insurance company – the actual policy was in different terms than the original cover note.

He was therefore misled into committing the offence and special reason was found.

The cancellation of a policy by the insurance company due to missed payments and the subsequent failure of the company to notify the driver of this cancellation would not, however, count as a special reason.

When it comes to driving without insurance, there is an actual defence that can be used which is quite separate from the special reasons argument.

It is actually a valid defence for employees to demonstrate that they didn’t own the vehicle, it wasn’t being hired out or loaned to them, and that they were using it as an employee in the course of their employment with no knowledge and no reason to know that they were not insured to drive the vehicle.

In these types of cases it will almost certainly be necessary to obtain an expert forensic report to support the argument.

Drink-driving in the case of an emergency and the length of distance driven when drink-driving may also be defended by special reasons.

While reassuring to know this defence exists, arguing special reasons is a complex area of law which does require specialist intervention and so, if you suspect that one of your drivers may have a case for special reasons you should seek advice from a professional who can advise them of their options.