Is this really the end of Diesel? 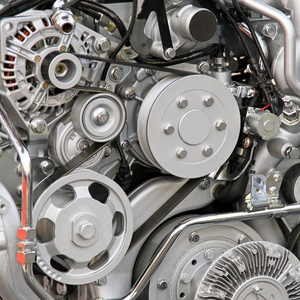 Euro 6 is now the standard

With France sounding the death knell, Ralitsa Peycheva looks at whether this is really the end for Diesel engines

The Euro 6 entered into force in September 2014 and hit the European automotive market – particularly diesel-oriented – stronger than most. According to the new regulations, the level of nitrogen oxides (NOx) pollutants and fine particulate matter should be significantly reduced, which requires all new vehicles sold in EU member states to follow most stringent rules on tailpipe emission. It is worth mentioning that diesel particulate filters and other after-treatment systems have been required in the U.S. since 2008. The final goal of Euro 6 is to make diesel cars as clean as gasoline ones. If a new vehicle doesn’t comply with the emission limits, it won’t be registered and sold.

Many countries such as France saw Euro 6 as an opportunity to cut down on old diesel vehicles, with around 70% of cars on French roads using diesel and most of them not meeting the current diesel emission restrictions. In order to limit city access for the dirtiest cars, the French government are launching a car identification system that will rank vehicles by the amount of pollution they emit this year. The government will also raise the TICPE excise tax on diesel by 2 euro cents per litre which won’t make diesel the “cheaper option”. By doing so the state hopes to push citizens towards more ecological choices.

What do the automakers say?

Significant automotive technology suppliers are not ready to give up on diesel and its undoubted advantages compared to gas. Key players such as Bosh, Delphi, Continental and others are still investing a lot in the development of better diesel engines. The diesel common rail direct injection system has been continuously improved and any possible common rail problems were reduced to the minimum for even better vehicle performance and long engine life. The problem is that many politicians and important social influencers don’t make any comparisons between old and new diesel technologies. The truth is that the diesel engine has gone a long way to overcome its pollutant level and no longer has anything in common with its dark, smoky predecessor.

NOx raw emissions of modern diesel engines are 96% lower than those of a typical diesel from 1990 and all leading companies have improved their diesel technologies in order to meet the Euro 6 requirements, saying that there won’t be any significant impact on the final price – for example BOSCH is introducing a sophisticated purification Denoxtronic Urea Dosing system and Renault has also launched an improved selective catalytic reduction technology which ensures a high level of performance, reliability and optimized consumption.

Why Diesel-powered cars can still be useful

Wouldn’t it be a pity to kill diesel off so soon after the invention of something as great as the diesel direct injection and turbocharging? And especially after so much pressure has been put on automotive suppliers from governments and society to produce lower NOx-emission diesel engines. Diesel technology is constantly being improved through catalytic converters, advanced filters and other exhaust after-treatment technologies that cut down or destroy toxic particulates, so shouldn’t we just believe in the improvement of diesel and its previous track record of advantages such as fuel efficiency, remarkable performance, power, long life, endurance and rigidity?

For some, diesel will always be a dirty word but the amount of progress that has been achieved in the development of new diesel technologies cannot be ignored. Important car equipment suppliers and their Research & Development offices continue developing and improving the diesel direct injection in terms of performance, harmful gas exhaust and efficiency and some big advances might come in the near future. There might be an additional cost passed on to the consumer and there might be further expenses to maintain all the filters, but for 30 minutes-or-more-trips, on roads or highways, diesel vehicles show more efficiency and resistance, remain less consuming than gas and the pleasure of driving a diesel-powered car is hard to deny.

fuelGenie has expanded its petrol station network significantly with