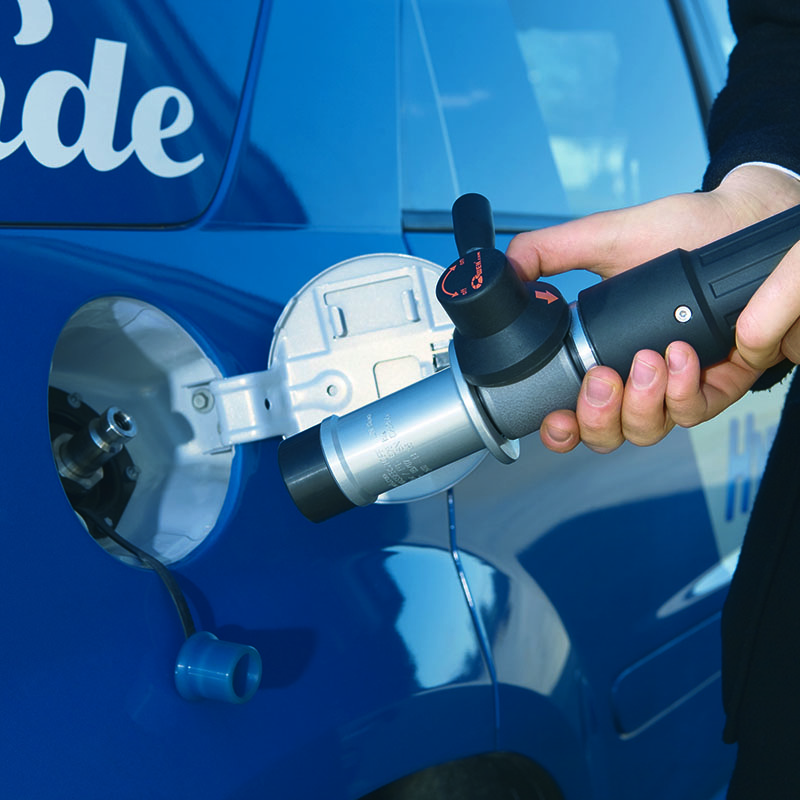 In a new expert blog from Linde’s Clean Energy Group, Markus Bachmeier looks at innovations in clean energy and how it will help the automobile sector

Hydrogen appears an obvious solution to the problem of cleaner fuels – it is incredibly clean, producing only oxygen and water, and it is also the most abundant element in nature. If we can harness its potential, hydrogen can drive us towards reducing and ultimately eliminating CO2 emissions. Given its advantages it is perhaps little wonder that the Department of Business, Innovation and Skills recently announced up to £11 million of funding to establish an initial network of hydrogen refuelling stations and for public sector hydrogen vehicles by the end of 2015.

However, one would be entitled to question why, if hydrogen is so clean and so abundant, it does not already dominate energy supply. The crux of the problem is this – almost all of the planet’s hydrogen is trapped inside other materials so getting at this incredible resource can prove difficult.

By far the most important currently is steam methane reforming of natural gas. An estimated three-quarters of the world’s industrial hydrogen is produced this way. In this process, steam and natural gas are catalytically cracked in a steam reformer at an extremely high temperature (approx. 800°C) to generate hydrogen, carbon monoxide and carbon dioxide. Steam reforming is a proven technology that has already been deployed for many decades on an industrial scale.

While this may currently be the most efficient and cost-effective solution, at Linde we are interested in developing alternatives for a sustainable flow of hydrogen, especially when it is to be used as a clean transportation fuel. Our long term aim is to see a considerable increase in the share of hydrogen produced using renewable energy sources and one such alternative is electrolysis.

Electrolysis splits water into its constituent parts of oxygen and hydrogen, with oxygen forming on the positively charged electrode (anode) and hydrogen forming on the negatively charged electrode (cathode). A membrane between the anode and the cathode prevents the two gases from reacting with each other and reverting back to water. If this process is carried out under high pressure, less effort has to be expended on subsequent hydrogen compression, which cuts energy consumption and saves system space. Hydrogen produced in this way can be compressed as a gas or cryogenically liquefied for storage, transport and further use.

However, electrolysis is not our only alternative. Linde is also developing innovative biogenic methods of generating hydrogen from feedstocks such as glycerine. Raw glycerine is an ideal candidate for climate-neutral hydrogen as it is a by-product of biodiesel made from rapeseed. Linde has set up a demo plant for glycerine-based production at its Leuna site in Germany. This plant uses a proprietary pyrolysis process to reform raw glycerine into a hydrogen-rich gas, which is then fed into an existing facility to be purified and – if needed – liquefied. This ‘green’ hydrogen is used as fuel in Germany’s pioneering hydrogen cities such as Berlin and Hamburg. Glycerine that has been biogenically produced in this way does not conflict with food supplies, is easy to transport, non-toxic and available all-year round.

We at Linde are a global leader in the production and distribution of hydrogen and have in-depth experience in safe handling practices. We have been generating hydrogen on an industrial scale for over one hundred years now and large volumes of this gas are used in many industrial processes today. In fact, over 50 million tonnes of hydrogen are currently produced worldwide each year. Today, the vast majority of hydrogen is used in refineries to desulphurise petrol and diesel so it is already making a key contribution to the production of cleaner fuels. With our continued innovation, Linde hopes to ensure that hydrogen plays an even greater role in a more sustainable future.

Comment from David Lorenz, CEO, Lunaz: “COP27 will highlight the