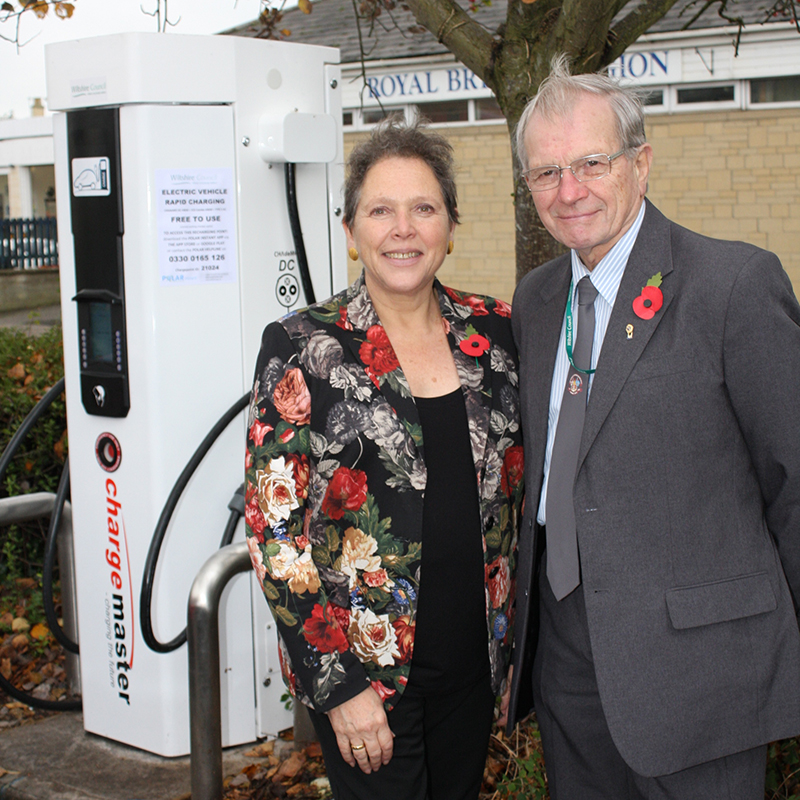 The RAPID EV network has been set up by Wiltshire Council and part-funded by the government’s Office for Low Emission Vehicles. The charging points, located in public car parks in Salisbury, Melksham, Warminster, Trowbridge, Corsham and Chippenham, can provide an 80% charge to an electric car in around 20 minutes.

Each charging point is ‘triple-standard’ with three separate plugs to connect to the widest possible range of electric vehicles, including a DC 44kw CHAdeMO plug, a DC 44kW CCS Combi plug and an AC 43kW Type 2 plug. All six RAPID EV charge points are free for EV drivers to use, with only normal parking charges applying at each of the sites.

Transport Minister Baroness Kramer said: “More and more people are switching to plug-in vehicles, with more than 5,000 sold in the last three months. We need the right infrastructure to keep building that momentum. Providing charge points like these means people can be confident that they can charge their car when they are out and about.”

David Martell, Chargemaster CEO, said: “As the UK’s largest provider of EV charging infrastructure, we are delighted to have worked with Wiltshire Council to deliver the new RAPID EV charge point network. The sites will not only serve local electric car drivers, but will also benefit those travelling from further afield on business or for leisure.”

Councillor Horace Prickett from Wiltshire Council said: “We’re really excited to have these new charge points in Wiltshire, not only to help local residents to reduce their fuel consumption with an ultra-low emission vehicle, but also to attract EV drivers from all over the country to enjoy our fantastic tourist attractions and the local facilities around each location.”

All RAPID EV charging points are linked to Chargemaster’s national POLAR network, with access via the POLAR charging card, as well as smartphone APP based access via www.polarinstant.com.