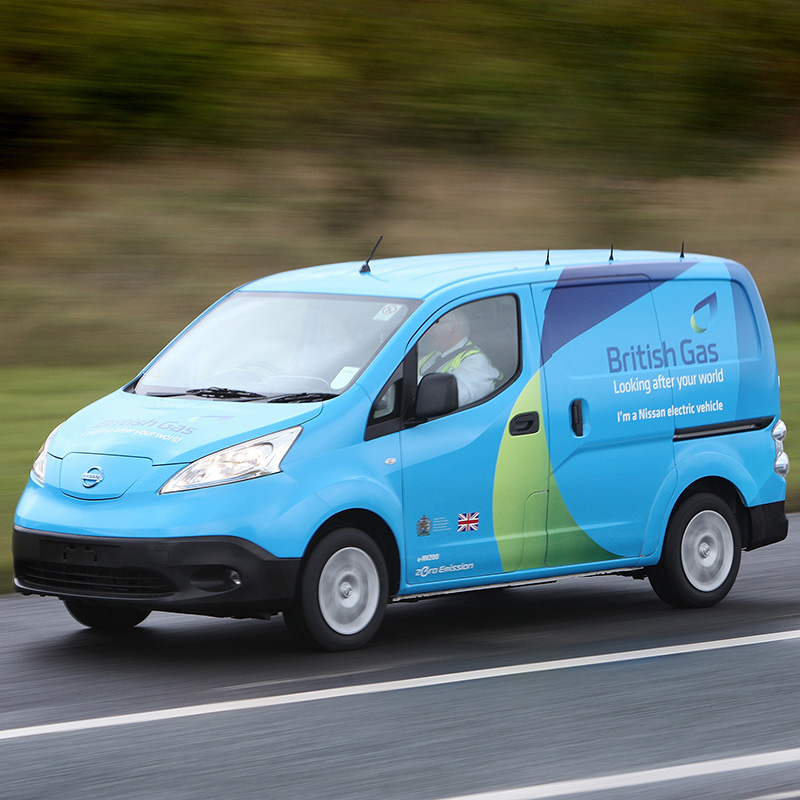 Nissan, the global market leader in electric vehicles, is celebrating a memorable double win after picking up two of the top honours at the 2014 Greenfleet Awards.

The evening soon got even better as the brand also received the Outstanding Achievement award, in partnership with British Gas and Hitachi Capital Commercial Vehicle Solutions, for its hugely successful tri-party pilot of the e-NV200 on the British Gas fleet.

Presenting the award for Industry Innovation, the Greenfleet judges noted the ‘rarely-seen levels of anticipation’ that had surrounded the launch of the e-NV200 and said the model would lead a revolution in UK fleets.

Colin Boyton, Sales and Marketing Manager at Greenfleet Events, said: “The e-NV200 is a fantastic vehicle and I truly believe it will shape the eCV market from here on.”

The potential to inspire industry-wide change was also the deciding factor in the judges’ decision in the Outstanding Achievement award.

The three-way partnership project saw British Gas pilot 28 Nissan e-NV200 vans as part of its 13,000 home service fleet throughout the winter. The project piloted to determine the future viability of 100% electric vehicle technology and needless to say it was a huge success and led to British Gas placing an order for 100 vehicles.

Colin Boyton, said: “This project stands out from the crowd and is exactly what the fleet sector needed, in terms of proving EV viability. We hope that in awarding the project this accolade that others will sit-up and take notice, and if they achieve a fraction of what has been achieved here, it will be all the more worthwhile.”

Collecting Nissan’s honours was Barry Beeston, Nissan Motor GB Corporate Sales Director, who said: “We are absolutely delighted to see the e-NV200 being honoured in this way. The e-NV200 is a model with the potential to transform fleets, with running costs of just two pence per mile contributing to significantly reduced whole life costs, not to mention the environmental benefits.”