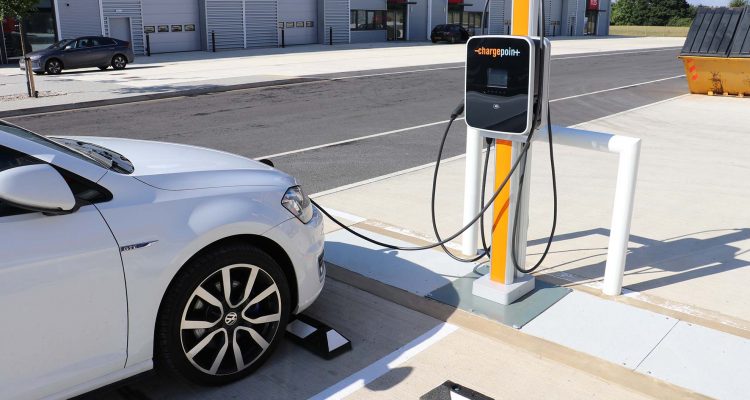 Due to ongoing supply chain issues, the UK automotive market had its weakest October in 30 years in 2021. That, following a nearly 30% year-on-year (YoY) drop in 2020 might seem a foreboding sign of an industry in terminal decline. But is it? Even as petrol and diesel-powered passenger car sales hit historic lows, registrations for electric vehicles (EVs) are soaring to new heights. During that same devastating October for automakers, registrations for new plug-in vehicles were up 43% YoY for a total of 24,537 — nearly a quarter of all cars sold during the month. What we’re seeing is less the demise of an industry than one that is reinventing itself for a new era, says Tanya Sinclair, Public Policy Director for the UK, Ireland and Nordics for ChargePoint, a leading EV charging network in Europe and North America. 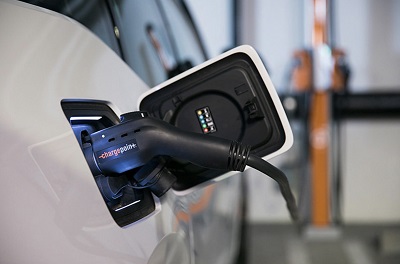 With fossil-fuel bans in place across the continent and ambitious climate goals on the horizon worldwide, Sinclair believes we will look back on the early 2020s not as an end of transport as we know it, but as a beginning of a cleaner, more sustainable and ultimately better way of moving people and goods. According to her, 2022 is shaping up to be the year of the EV in the UK, with fleets once again leading the charge. She says we can look forward to the following policy changes in the coming year — changes that will allow the country to maintain its global leadership role in EV adoption.

In 2022, expect more focus on equitable access to electric vehicles and EV charging stations. Markets including ride-hail, public transport and delivery services win when there is a robust charging infrastructure, with chargers located where drivers need them, when they need them, and at the appropriate charging speeds for the need. For example, workplaces and car parks have little need for costly rapid charging solutions as vehicles remain idle for several hours each day. Alternately, travellers and commuters can benefit from faster chargers strategically placed at motorway junctions, petrol stations and shopping centres. Depending on their size and operations, fleets may require a combination of both AC and DC charging offerings.

Additionally, tax scheme variances between home and on-street charging must be addressed so that people who wish to drive electric are not disadvantaged by where they reside. Currently, drivers pay a five per cent VAT when they charge off-street at home, but 20% VAT to charge on the street. This needs to be remedied if EVs are to be widely and quickly adopted to meet the Government’s own climate targets. 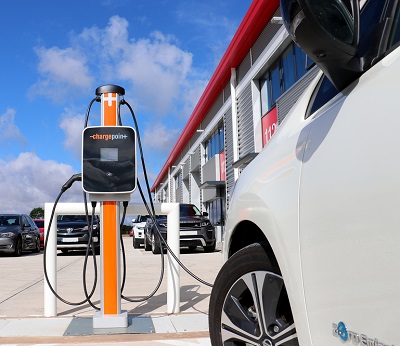 Currently, traditional fuel providers can take advantage of the Renewable Transport Fuel Obligation (RTFO) to trade credits for alternative fuels such as biofuels and hydrogen. Expanding the remit of the RTFO in 2022 to cover electricity will allow EV charging networks the same advantage. It is crucial that the industry has access to additional revenue streams and a robust export industry so these new technologies can compete fairly in a new and necessary transport ecosystem. By extending and expanding the RTFO, planners, business leaders and fleet managers will have more insight into how charging infrastructure fits into the big picture, including the manufacture, installation and operation of electric fueling for transport throughout the economy.

Meeting the 2030 deadline for the phase out of diesel and petrol vehicle sales means that automakers are running out of time to pivot to EVs. For such a dramatic switch to occur in such a short timeframe, it must begin soon — as in this year. A zero-emission vehicle (ZEV) mandate is the only way to ensure manufacturers scale up EV sales steadily and in line with demand. Waiting until the end of the decade not only delays the inevitable, but it also deprives businesses, fleets and drivers a clear line of sight into how much charging infrastructure will be needed and where it should be located. That’s why getting the details right the first time is critical. Fortunately, both California and British Columbia have pioneered successful ZEV mandates that could serve as a model for one here at home.

Consumers want EVs for a superior driving experience, fleets want them for their exceptional efficiencies and a lower total cost of ownership, and we all need them for our continued existence on the planet. With EV registrations expected to set new records again this year the question becomes, “What on earth is everyone waiting for?”