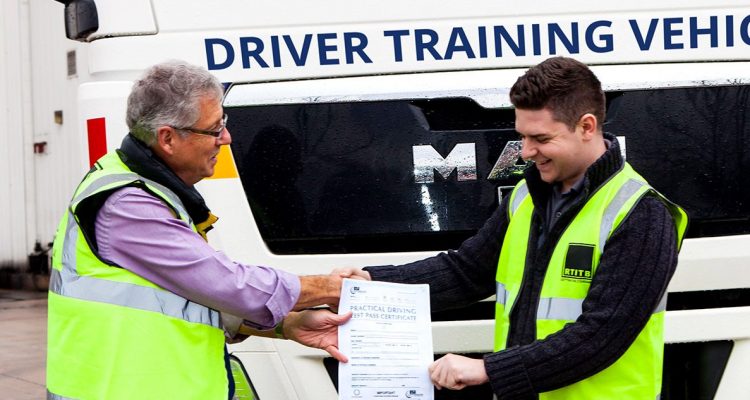 Wait of up to 24 weeks to take HGV driving test.

The Government is being urged to do more to solve the heavy goods vehicle (HGV) driver shortage or risk the prospect of similar supply chain problems that led to the fuel crisis.

Petrol stations ran dry as panic buying gripped the nation, with Army personnel needing to be deployed to drive fuel tankers due to a shortage of qualified drivers.

The shortage illustrated the acute pressure the commercial fleet industry is under to attract new drivers and retain existing employees.

However, the lack of HGV drivers is nothing new. Over several years, the Government was warned of the mounting threat to the supply chain, with an aging driver population, poor working conditions and the high cost of training, resulting in a growing number of unfilled roles.

The Road Haulage Association (RHA) now estimates that shortfall to be around 100,000 drivers. Pre-pandemic it was about 60,000. Research published in August by Transport Intelligence, however, suggests that the driver shortage is not a UK-only problem.

It estimates that across Europe, there is currently a shortfall of more than 400,000 drivers, with the most heavily impacted European countries being Poland, Germany and the UK.

Covid-19 and Brexit have exacerbated the issue in the UK, leading to the Department for Transport (DfT) extending drivers’ hours temporarily, before introducing a raft of measures as the crisis deepened.

Following weeks of lobbying by the commercial fleet industry, the DfT relented and said that 5,000 HGV drivers would be able to come to the UK for three months in the run-up to Christmas, providing short-term relief for the haulage industry. 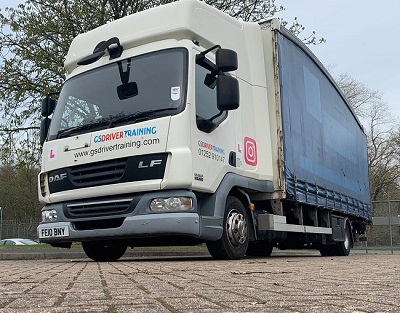 Speaking at a fringe event at the recent Conservative Party conference in Manchester, Steve Granite, chief executive officer of Abbey Logistics, warned that measures being implemented by the Government were not solving the problems being seen on the ground.

Abbey Logistics, with a fleet of 350 trucks and 600 tankers, and a work force of 600 employees, is one of the UK’s largest bulk liquid and powder food transport providers, serving some of Europe’s biggest manufacturers.

Granite, who is also chairman and founder of not-for-profit group Think Logistics, which connects employers with schools and colleges, said: “We have 10% of the fleet just parked up in depots, not able to transport goods and we have more orders than capacity to move products.”

He explained: “It’s a major challenge to attract and retain new drivers, because it’s so competitive in the market with drivers being incentivised by supermarkets offering £4,000- £5,000 ‘sign-on’ bonuses.

“It’s a daily struggle to keep hold of the workforce we have and every company in the sector has the same challenge.”

Abbey Logistics has increased pay for its drivers by more than 20% in the past two months. Some competitors, said Granite, had increased salaries by as much as 40%.

He told delegates at the Tory conference fringe event that his business had also overhauled shift patterns to offer drivers more flexible working, while hauliers were investing in facilities to attract more women into the sector and retain existing drivers.

However, he said: “All of these things do not fix the problem. That’s where we look to Government for support.”

The benefits of increased testing capacity, for example, were not being seen on the ground, according to Granite, with 14 drivers at Abbey Logistics alone waiting to take a test.

“The whole process of bringing a driver from a car to a HGV is way too slow and there’s not enough capacity,” he said. “No matter how fast we move, no matter how high we put (pay) rates, we will not attract the drivers quickly enough to fix the problem.

“We need access to a bigger labour pool – not for three months, not for six months – people who can drive trucks are skilled workers.”

Almost two-thirds (62%) of HGV test centres across the UK currently have a waiting list of at least 11 weeks, with some test centres facing a 24-week wait, according to a freedom of information (FOI) request.

The research, from Driver Hire Training, revealed that the average waiting time across all UK test centres was nine weeks.

The highest waiting times were found in Aberdeen, Lerwick and Machrihanish, where there is a currently a waiting time of 24 weeks for a HGV driving test. Cumbria, the Isle of Wight and South Yorkshire were revealed as the UK counties with the average shortest waiting times of just one week.

John Keelan-Edwards, group technology services director at Driver Hire Training, warned: “Key shopping dates, such as Black Friday and the festive period are coming up, which is always a busy time for the supply chain.

“We can guarantee this is only going to be adding more pressure, with the increasing number of people shopping for these events online.”

He said it was “no surprise” to see the waiting list for exams is still up to 24 weeks in some areas, as coronavirus is continues to add pressure to examiners up and down the country.