RHA “extremely concerned” as overhaul of Highway Code is confirmed

The government has forged ahead with its plan to overhaul the Highway Code, giving cyclists right of way at junctions and making HGV drivers bear the greatest responsibility to other road users. 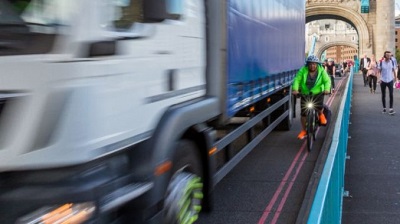 To the dismay of the industry, the transport secretary Grant Shapps announced a raft of controversial updates to the rules of the road, creating a “hierarchy of road users” that he said would ensure those that can do the greatest harm have the greatest responsibility.

The new version of the Highway Code also strengthens pedestrian priority on pavements and when crossing and also hands cyclists priority at junctions when travelling straight ahead.

The RHA said it was “extremely concerned” at the changes, with chief executive Richard Burnett saying there was little if any justification for them.

“The new priority rules for cycling are wrong,” he said.

“We have been campaigning for years to make cyclists aware of the dangers of undertaking turning HGVs but it now appears that they have right of way.

“This will encourage unsafe manoeuvres by cyclists who are then absolved of responsibility for their actions towards motorists.

“Making a driver who has no control over how a cyclist is trained to use the roads responsible for the safety of others is inherently unjust,” he continued.

“The hierarchy of risk created by the operation of cars, vans, coaches, buses and lorries is already reflected in the additional ongoing training undertaken by lorry and coach drivers,” Burnett added.

Transport lawyers have also questioned how the courts will now treat HGV drivers. 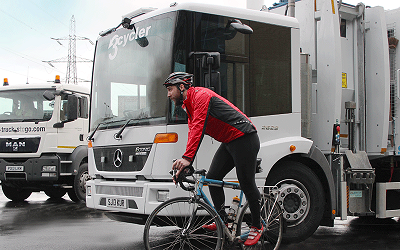 Paul Laughlin, a transport solicitor at Stephensons, said: “There could be more of a marked difference between how the courts deal with different road users who commit the same offence.

“The test for careless driving, for example, is to consider whether the standard of driving has fallen below that of a competent and careful driver.

“We may now see a clearer distinction between how a motorcyclist’s driving is assessed compared to that of a HGV driver given their different positions in the new ‘hierarchy of road users’.

Laughlin added: “With this in mind, the government has to be careful to ensure that there are sufficiently robust and thorough advertising campaigns to make sure these new rules are made clear to the public.

“Education will be key in order for this to work successfully.”