Graduated driver licencing (GDL) was among the key issues debated during the first session of the Transport Committee’s re-launched inquiry into young driver safety. 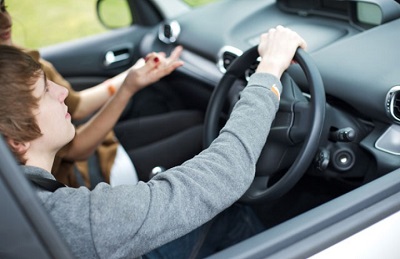 During the session, which took place on 2 September, MPs heard from Dr Neale Kinnear (head of behavioural science at TRL), Elizabeth Box (head of research at the RAC Foundation) and Mary Williams OBE (chief executive of Brake).

All three panellists spoke in favour of introducing GDL, with a particular focus on the restriction of passengers.

Mary Williams likening teen drivers to “free commercial taxi drivers”, noting GDL gives young people the “power to be safe and to protect the lives of other young people.”

Mary Williams said: “Teen drivers are basically free commercial taxi drivers and this is the truth that contributes to the high casualty rates caused by young drivers who are also killing vulnerable road users outside vehicles.

“If we consider young drivers as taxi drivers for their mates, then we need to consider them… as occupational drivers.

“Then we start to think sensibly about a phased driver licensing system, in the same context that, for example, many of the fleet supporters of Brake do when they are training, evaluating and monitoring their novice and young commercial vehicle drivers.”

Dr Neale Kinnear told the committee that had GDL been brought in following a DfT review in 2013, 122 fatalities could have been prevented by 2018.

Mr Kinnear said: “This really is a public health thing. It’s not just about an individual driver that we’re looking to try and prevent doing something bad. It’s actually protecting everyone that’s using the roads.”

Speaking to the Telegraph ahead of the session, Dr Kinnear also estimated GDL could prevent up to 400 deaths or serious injuries each year, saving the economy £200 million annually through crash prevention.

Elizabeth Box explained the development of young people’s brains and hormones mean they are more likely to take risks, something which is  “exacerbated by their peers”.

She told the committee young people find it “very difficult to regulate their behaviours” in situations such as driving a car while carrying their friends.

Elizabeth Box said: “The real plea here is for us to develop interventions that are based on the brains that young people have, rather than the ones that we would hope that they would have.”