Flat tyres could soon become a thing of the past after a key player unveiled its latest innovation – a completely airless tyre. 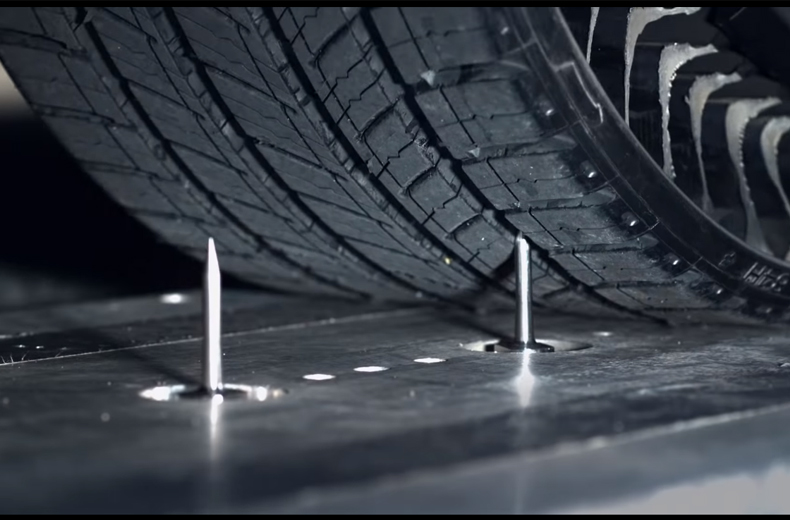 The Unique Puncture-proof Tire System (Uptis for short) has been created by Michelin, and the French manufacturer hopes to see the tyres on roads by 2024.

Although still in the prototype phase of development, the tyres could have significant implications for the future of motoring, particularly in terms of safety.

Airless tyres would mean an end to flat tyres, punctures and blow-outs, which would in turn see safer cars and safer roads for all users, whether drivers, cyclists or pedestrians.

In fact, manufacturers say the tyres – which are made from resin-embedded fibreglass and an aluminium wheel – would need no maintenance at all.

Michelin predicts the improved reliability and the fact existing wheels can be fitted with new treads would eliminate the need for 200 million annual tyre replacements.

Erick Vinesse, executive vice president at Michelin, called the prototype “revolutionary” and said it would bring “peace of mind” to drivers everywhere.

Mr Vinesse also stressed the sustainability aspect to the tyre, saying the company has “an ambition in the next 30 years to be 80 per cent renewable in everything.”

He added: “We need to move towards a more sustainable future where we can provide solutions that have less impact on the environment overall. There’s a global benefit for society and everybody.”

Watch the video of the prototype here.