A mental health ‘SOS’ has been added to SEAT cars after nine in 10* Britons say they ‘go for a drive’ to help their mental wellbeing. 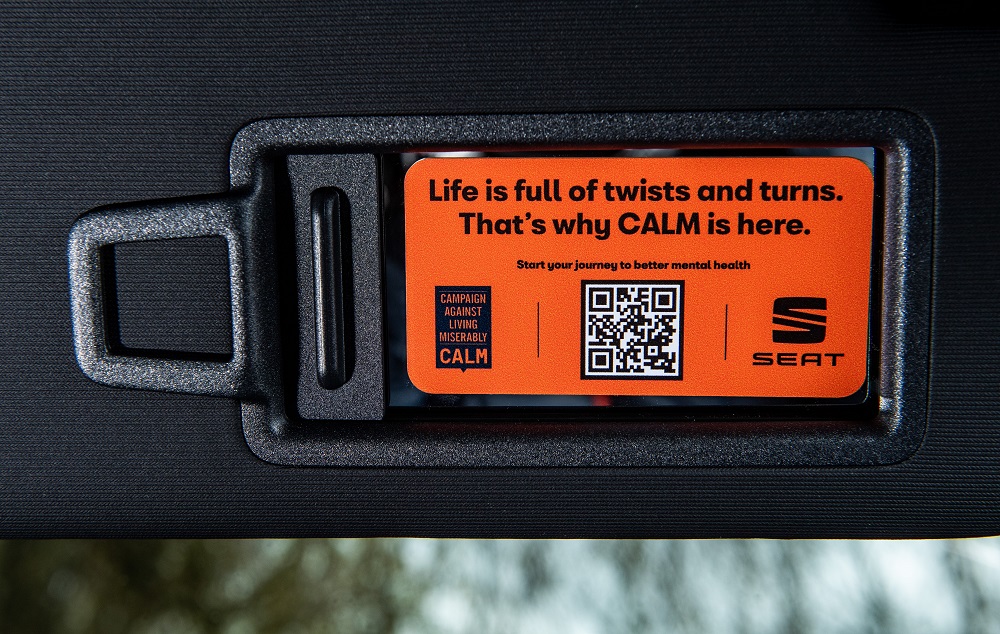 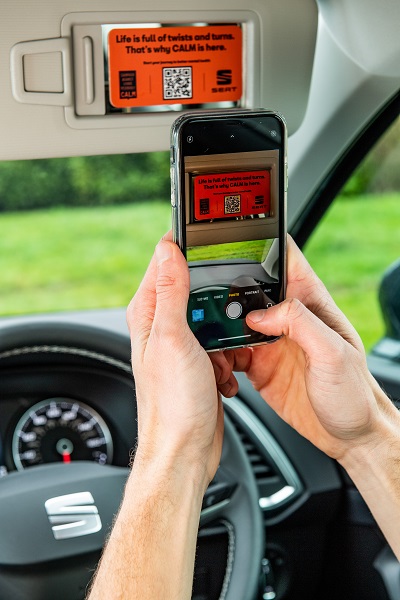 The QR code takes users to a specially-designed page on CALM’s website, with hints and tips to preserve your mental health, and a helpline number if the user needs further support. It can easily be removed by the user.

Research commissioned by the vehicle manufacturer showed that 59 per cent of UK adults have sought to improve their wellbeing by temporarily leaving their house, with nearly 90 per cent of people saying they go for a drive to stay positive or to support their mental health.

Richard Harrison. Managing Director of SEAT UK, said: “With our longstanding mental health partner, CALM, we wanted to play a small part in helping people to quickly access support when they need it. The new ’SOS’ feature should make it that little bit easier to have someone to talk to, especially because so many people see the car as a place of refuge. It is definitely a case of ‘being silent isn’t being strong’, so we encourage people to speak to their friends and family or seek professional advice.”

While 90 per cent of respondents said they have driven their car to clear their head at some point during 2020, 46 per cent say they do so on a weekly basis.

Three quarters (76 per cent) of younger drivers (18-24) felt their car had been a positive influence on their mental health during the pandemic, the most of any age group, while this was the case for just half of over 55s.

Drivers in London (59 per cent) were most likely to get behind the wheel to support their mental health and stay positive on a weekly or daily basis, whereas drivers in Yorkshire and the Humber were least likely to do so (39 per cent).

SEAT hopes to make the service a permanent feature in its vehicles if the pilot is successful.

Simon Gunning, CEO at CALM, commented: “From CALM’s helpline number to expert advice on how to have a conversation with someone you’re worried about, CALM and SEAT have teamed up to put people in the driving seat when it comes to helping themselves and others.

Life is full of twists and turns. Sometimes we stall. And sometimes we need time to put the brakes on and take some time for ourselves. But no matter what you’re going through CALM’s helpline and webchat is here to provide free, anonymous and confidential support, 365 days a year, 5pm until midnight.”

The partnership between CALM and SEAT was established two years ago, with previous collaborations including the ‘Grow a Pair (of ears)’ campaign, which encouraged everyone to talk and listen to their friends to help support better mental health.