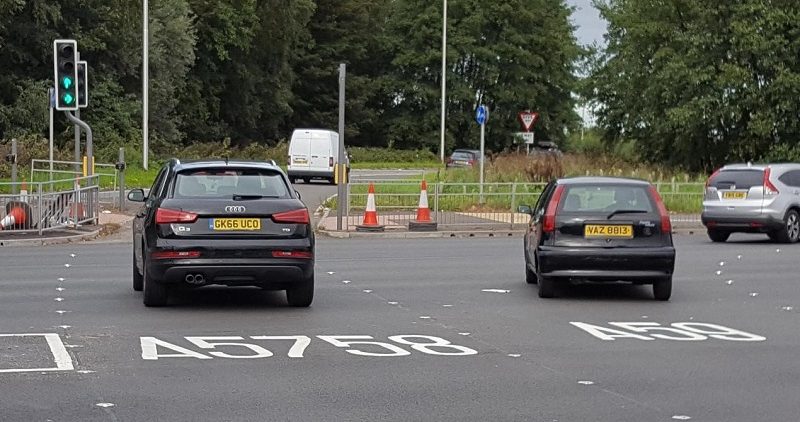 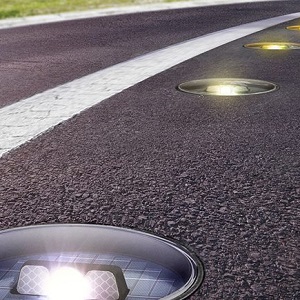 Smart lights in the road surface, which switch on when traffic lights turn green, have been introduced for the first time at a major motorway junction to help drivers stay in the right lane.

Highways England has installed 175 of the airport-runway-style LED road studs to help mark out lanes at one of England’s busiest motorway junctions – used by over 90,000 vehicles every day.

The innovative studs are visible up to 900 metres away – far greater than traditional reflective road studs – and have been proven to help stop drivers drifting between lanes, reducing the risk of collisions.

The smart studs have been introduced as part of a £3 million project to improve journeys and safety at Switch Island in Merseyside, where the M57, M58 and three A roads all join together.

Cables under the road surface connect the studs to traffic lights through a nearby controller unit, allowing them to be automatically switched on when traffic lights change to green.

Highways England has already installed the LED studs at Hindhead Tunnel in Surrey to guide drivers through the tunnel but the Switch Island scheme is the first time they have been linked to traffic lights at a motorway junction. 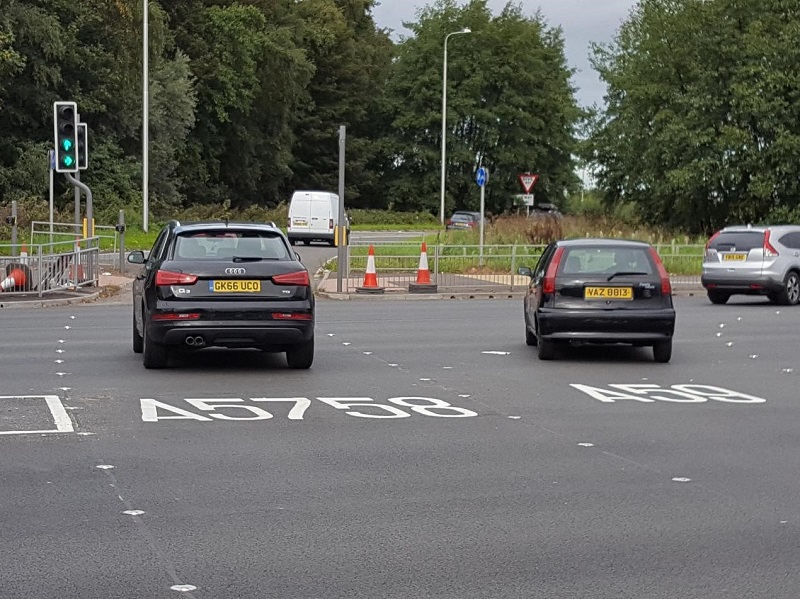 Phil Tyrrell, Project Manager at Highways England, said: “We’re carrying out a major project to improve journeys and safety at Switch Island and are pleased we’ve now reached the stage where our new smart road lights can be switched on.

“We’ve found that some drivers can start drifting between lanes when they travel through the junction and the new LED road studs are a great way of guiding drivers and helping them stay in the correct lane, avoiding the risk of a collision.

“We’re keen to use new ideas to improve safety at Highways England and the new smart studs will benefit the tens of thousands of drivers who travel through Switch Island every day.”

Construction work on the Switch Island scheme, which is being funded by the government’s £220 million congestion relief programme, is due to be completed this winter.

The project is designed to improve the flow of traffic and enhance safety, following 49 collisions at the junction in two years – an average of one every fortnight.

As part of the Switch Island scheme, new traffic lights are being installed at a height of over five metres – higher than HGVs and double-decker buses – so that drivers approaching the junction can clearly see when the lights are changing.

Other improvements include changes to the road layout and lane markings, new barriers between carriageways and coloured high friction surfaces. Four new overhead gantries will also display signs over each lane so drivers know which lane they should be in.

And a new 400 metre shared cycle path has been created through the junction, which links up with the existing cycle path alongside the A5036 Dunnings Bridge Road.

The smart road studs which have been installed at Switch Island were designed by Oxfordshire-based company Clearview Intelligence.

Andy Salotti, Clearview’s Director of Solutions, said: “This is the first time a project involving dynamic delineation has ever been introduced at a major motorway junction on the strategic road network in England. The LED road studs which illuminate in synchronisation with the green traffic signals will provide drivers with clear and enhanced lane guidance through the complex junction. This solution will reduce the potential of drivers drifting out of their lane, therefore reducing the number of incidents at a key interchange and the subsequent congestion and increased driver frustration which is caused by such road traffic collisions.

“We are proud to have worked with Highways England and Balfour Beatty Mott MacDonald on such a high-profile scheme where our aim was to provide an innovative solution on time and within budget which would help increase the safety and wellbeing of the drivers using the network and meet with Highways England’s three imperatives of safety, customer service and delivery.”

More details on the Switch Island improvement scheme are available at https://highwaysengland.co.uk/projects/m57m58-switch-island.