The new HGV driving test requirements are a “panicked” reaction to a driver shortage created by the government’s policy on Brexit, warns parcel delivery service ParcelHero this week. 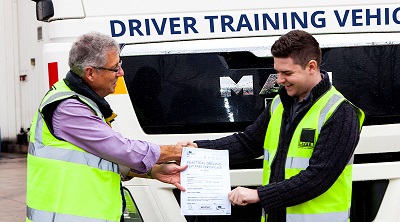 The criticism follows a recent government announcement that the rigid and articulated HGV driving tests will be combined in an effort to speed up HGV driver training to tackle the UK driver shortage.

“This lowering of standards is a knee-jerk reaction to the driver shortage caused by Brexit,” said David Jinks, head of ParcelHero’s consumer research. He added: “In an effort to get more truck drivers on the road, the government has announced plans to merge the separate tests for driving rigid and articulated trucks, and axe reversing exercises and uncoupling and recoupling from the main test.

“To free up testers, it will also scrap the need for car drivers to take a separate test to tow a large trailer or caravan. These are potentially dangerous and short-sighted reactions to the truck driver shortages created by Brexit,” Jinks added.

The government claims 50,000 more HGV tests will be made available because of the changes. However, ParcelHero is warning it will lower driver testing standards, below that of the EU.

Jinks said: “Merging the separate rigid and articulated tests cuts too many corners. The gap between obtaining a level C licence for driving a standard truck and level C+E for driving an artic existed for a reason: to ensure drivers gained experience before mastering an articulated truck.”

He described the government decision to drop the reversing exercise and the coupling and uncoupling elements of the main test along with outsourcing to third party testers as a “jaw-dropping compromise” and warned that the move to drop the separate test for car drivers towing trailers or caravan, will also make the UK’s roads more dangerous.

He added: “After most ‘non-skilled’ EU citizens returned to their home countries in the wake of the Brexit vote, we warned the government of a shortfall of up to 100,000 drivers. Those warnings fell on deaf ears. Combined with the government’s dogmatic refusal to allow EU-based drivers to return under temporary skilled-worker permits, the UK’s entire supply chain is consequently on the verge of a major crisis.”

Jinks said it is “astonishing” that the government is “still flying the Brexit flag in the face of this self-induced chaos. It proudly attributed this new slashing of testing standards to Brexit. Launching the testing changes, it said: ‘This new legislation is changing previous EU regulations which the UK is no longer obliged to use.’

“Abandoning higher testing requirements is not something to boast about, reinforcing fears that the UK is starting on a ‘race to the bottom’ to become the de-regulated, free market capital of Europe. This is yet another problem that Brexit has created for British importers and exporters.” 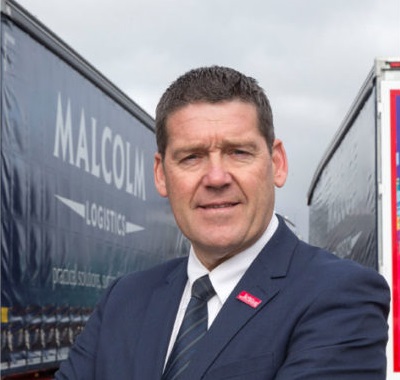 Andrew Malcolm, chief executive of the Malcolm Group, is questioning the safety of government plans to streamline HGV driver tests to tackle the driver shortage crisis.

The proposed changes to the testing regime were announced last week by Transport Secretary Grant Shapps. They will see the removal of the need for car drivers to take a separate test to tow a trailer or caravan, allowing around 30,000 more HGV tests to be conducted every year.

Tests will also be made shorter by removing several elements and having them tested separately by a third party. Drivers will also be able to get a licence to drive an articulated vehicle without first getting one for a smaller vehicle, making around 20,000 more HGV driving tests available every year.

The Transport Secretary said the changes, which still need to be approved by Parliament, would generate additional test capacity “very rapidly”. He added: “These changes will not change the standard of driving required to drive an HGV, with road safety continuing to be of paramount importance.”

Shapps said the UK government had already delivered 50% more tests than had been available before the pandemic, and that these changes would make available an additional 50,000 each year.

However, Andrew Malcolm queried Schapps claims this week. He said: “In principle, I can understand what they’ve done, to try to unlock test dates. However, I am seriously concerned about the safety aspect. I think they’ve cut far too much out the process of the test – that’s my biggest worry.”

RHA head of training and sales, Brian Kenny echoed Malcolm’s concerns. He said: “According to HSE, there’s about seven people knocked down and killed in yards each year by reversing vehicles.

“Removing the reversing manoeuvre from the test is a step back. As far as we’re concerned, one person killed is one too many. Going forward on the roads should be assessed and should be tested. It’s equally important to test properly how an individual reverses and manoeuvres off the road.”

“Whilst recognising the current driver shortage crisis, the government plans to change how drivers obtain an HGV licence comes with increased risk. The combining of Class C and Class E tests is likely to mean that prospective drivers have less time to develop their hazard perception skills and research has shown that drivers are more likely to be involved in crashes involving speed and manoeuvring due to poorer hazard perception and familiarity with the vehicle.”

“To anticipate this risk, fleet operators should do all that they can to ensure that the right “person” undertakes licence acquisition training. Businesses need to recruit safe drivers, but it is often difficult to predict whether new drivers will demonstrate safe attitudes and behaviour on the job. QBE endorses systems such as DriverMetric’s Selection Driver Risk Index™, which is a psychometric assessment that provides a robust and validated approach for the recruitment and selection of safe and responsible drivers. Ensuring drivers are “buddied up” for a period of time, use of telematics data to monitor and manage performance and improve general driving standards, and providing ongoing coaching and support are all key to success.”

“The supply chain crisis in the UK clearly requires action but any changes to alleviate the pressure must fully consider the adequate learning and development of drivers to ensure safety on our roads and minimise the probability of serious accidents. Additional risk comes from drivers with a lack of experience and driving hours before being granted a licence.”