After an unprecedented year means the van community is digging deep

There has been a well-documented increase in online shopping as a result of the pandemic this year, putting a greater workload on the shoulders of the nation’s van community. With more pressure on deliveries, research from Mercedes-Benz Vans shows that just under half (45%) of van drivers say 2020 has been one of the busiest years of their career, and 16% of these would rank 2020 as the busiest ever. 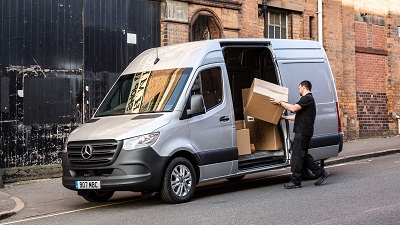 It’s no surprise, therefore, that half of van drivers have felt fatigued this year, although over a third believed they have coped well with the busy times this year, according to the latest Mercedes-Benz Vans Business Barometer research.

In fact, almost 40% (37%) said they have learned that they have been able to work extremely hard this year, with 31% proving to themselves just how well they can work under pressure. A third (33%) have only learned this year just how many people rely on them.

The hard work and commitment of the van community doesn’t come without its sacrifices, however, as two-thirds said they will be surrendering much of their Christmas by working throughout the Christmas period, with 56% planning on working on Christmas day itself.

According to the Mercedes-Benz Vans Business Barometer, which monitors the opinions on more than 2,000 people in van community, 50% say that supporting their family is the main reason they have worked so hard this year, while 28% say they are motivated to work so hard over the Christmas period because they feel like people depend on them to enjoy their Christmas, and just over a quarter (26%) say it’s because people are very thankful.

Steve Bridge, Managing Director, Mercedes-Benz Vans UK, said: “The van community plays a crucial part of the festive period as so many of us depend on them to deliver and keep Christmas moving, but given the unprecedented level of demand already this year, and the impact that has had on their fatigue and wellbeing, drivers will have to dig deep to keep going. That so many of them are working as hard as they are to make sure that everyone else has a good Christmas further highlights what true heroes the van community are.”