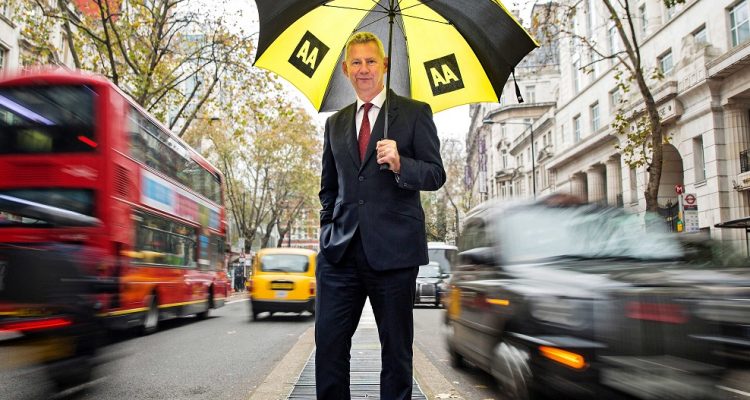 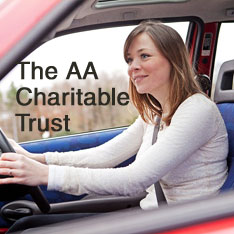 The award will be presented at a ceremony at The Savoy, London, today (11/12/18) by HRH Prince Michael of Kent.

In the ten years the Trust has been running it has funded hundreds of thousands of pounds’ worth of driver improvement courses targeting:

It has also run a number of award-winning* road safety campaigns including:

Think Bikes, which launched in 2013, was born out of a simple idea from the AA Patrol of the Year to distribute simple line drawing stickers to remind drivers to do a double take in their mirrors for those on two wheels. It was rolled out internationally through the FIA to motoring clubs from Iceland to Iran.

Designated Driver and Driver Distraction were similarly successful; winning backing and funding from the Department for Transport so the campaign advert could be shown in cinemas across the UK. One year after the campaigns were launched there was nearly a 50 per cent drop in the number of fixed penalty notices handed to drivers for mobile phone offences.

Edmund King, Director of the AA Trust, said: “We are honoured to receive this Prince Michael International Road Safety Award.

“Over the last ten years the AA Trust has delivered a range of imaginative campaigns that have tackled some of the biggest safety issues on our roads.

“Since the AA Charitable Trust was founded, we have seen many changes to our roads, such as smart motorways, increasing traffic volumes and worsening road conditions.

“We have tried to ensure that we have always supported the UK’s drivers through the changes of the last ten years with our courses and campaigns.”

HRH Prince Michael of Kent said: “The AA Charitable Trust’s contribution has been significant and I am grateful for its commitment and initiative.’

Earlier this year, the Trust announced £20,000 worth of free Drive Motorway courses, specifically aimed at helping new drivers who missed the chance to take lessons on the motorway, the opportunity to receive professional motorway driving tuition*.

And a new campaign tackling drowsy drivers was launched last month. The latest road casualty statistics show drowsy drivers contributed to 53 fatal and 351 serious crashes in 2017 (Reported Road Casualties Great Britain 2017). It is widely accepted the true figure for fatigue related crashes is much higher due to under-reporting. In fact, it is estimated that up to 25 per cent of fatal accidents are caused by drivers who have fallen asleep at the wheel.

The campaign features a thought-provoking advert, created by adam&eveDDB, designed to wake drivers up to the dangers of fatigue. The ad shows a driver on a monotonous stretch of road at night. Various relaxation techniques are applied to him by a team of masseurs in a surreal representation of how tiredness can ambush drivers. The ending snaps back to reality with a wide shot of the car, the driver asleep, no masseurs inside, veering to one side over the crest of a hill with oncoming headlights.