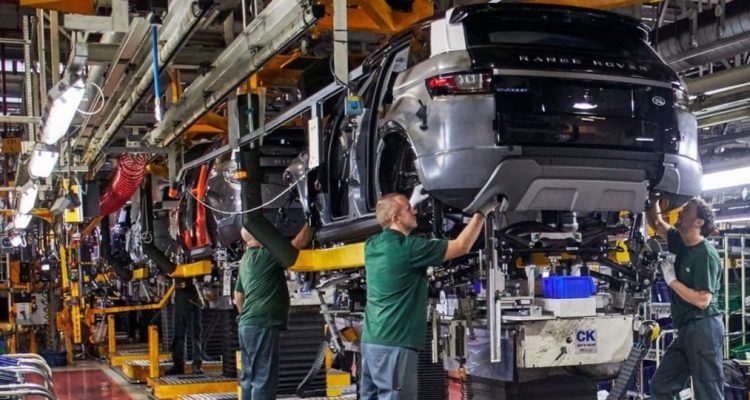 UK new car registrations fell by -15.8% to 119,167 units in April, according to the latest figures from the Society of Motor Manufacturers and Traders (SMMT). Despite showrooms being open for the entire month, unlike the previous year which saw lockdown restrictions in place until 12 April, global supply chain shortages, of which semiconductors are the most notable, have continued to constrain the delivery of new vehicles.

April’s decline was driven primarily by a -33.3% decrease in large fleet registrations, with manufacturers continuing to prioritise private consumers given robust demand, which helped this market segment see a modest increase of 4.8%. Smaller business registration volumes fared better, growing by 15.4%.

Battery electric vehicles (BEVs) registrations continued to grow with 12,899 of the latest zero emission cars joining UK roads – an increase of 40.9% on the same month last year – and taking a 10.8% market share, up from 6.5% last year. While registrations of hybrids (HEVs) also rose by 18.3%, the number of new plug-in hybrid (PHEV) registrations decreased by a third (-32.8%). As a result, electrified vehicles comprised 27.9% of all new car registrations during April.

The sector faces further economic headwinds, with rising inflation, not least due to the spiralling energy and fuel costs squeezing household incomes, and further supply chain and other uncertainties arising from the global political situation and the effects of the Russian invasion of Ukraine. More positively, however, drivers able to invest in a new vehicle can still reap benefits, as interest rates remain historically low, grants for BEVs will be in place until at least early 2023, and running costs associated with new electric cars are generally lower than those of petrol or diesel.

Given the ongoing impact of supply chain constraints and broader macro-economic factors, SMMT has revised its market outlook for 2022, with 1.72 million new cars new cars now expected to be registered during the year, down from the 1.89 million outlook in January.1 While this still represents a 4.5% rise on 2021, it highlights the effect the semiconductor shortage is still having on supply as well as anticipated impacts from rising living costs. The outlook for plug-in vehicles also was downgraded with the forecast for BEV registrations now at 289,000 units, down from 307,000; and PHEVs at 144,000, down from 163,000. HEVs also saw their outlook fall from 198,000 to 193,000. This means that plug-in electric cars are now expected to account for a quarter of all registrations (25.2%) during the year, with BEVs alone comprising around one in six new cars on the road.2

The automotive industry remains supportive of the UK’s Net Zero ambitions, and is committed to ending the sale of petrol and diesel cars and vans by 2035. However, government’s road transport decarbonisation objectives are reliant on a strong market and increasing volumes of electric vehicles being sold each year. Any regulation designed to accelerate this market shift must be simple, pragmatic and reflect the diversity of the UK automotive industry and the need to encourage customers to make the switch. The biggest obstacle cited by customers to this transition is concerns over charging infrastructure, so any regulation seeking to increase electric vehicle sales must be matched by commensurate and binding targets on charging infrastructure provision.

Mike Hawes, SMMT Chief Executive, said, “The worldwide semiconductor shortage continues to drag down the market, with global geopolitical issues threatening to undermine both supply and demand in the coming months. Manufacturers are doing everything they can to deliver the latest low and zero emission vehicles, and those considering purchase should look to place their orders now to benefit from incentives, low interest rates and reduced running costs. Accelerating the transformation of the new car market and the carbon savings demanded of road transport in such difficult times requires not just the resolution of supply issues, however, but a broader package of measures that encourages customer demand and addresses obstacles, the biggest of which remains charging anxiety.”

Jamie Hamilton, automotive director and head of electric vehicles at Deloitte, said: “Total new car sales in April fell by -15.8% compared with the same time last year. While fleet sales have been declining, private sales have continued to perform relatively well, up by 5% this month even against the backdrop of a cost of living crisis. The squeeze on consumer pockets has seen many households delay major purchases in an effort to save money. However, a divergence in consumer spending patterns is emerging; those with higher disposable incomes and savings accumulated over lockdown are still able to spend on new vehicles.

“Although the sector continues to adapt to supply chain challenges – including the ongoing semi-conductor shortage – lead times are less of an issue this month for private sales as many dealers have been able to rely on stock ordered last year.

“The cost of owning a car is rising, perpetuated by record-high fuel prices at the pumps. For those who lease their vehicles, car repayments already make up a major proportion of many consumers’ household bills.

“The automotive sector must brace for a further fall in demand with just 5% of consumers planning to purchase a car this quarter; a fall from 7% in Q4 2021. This decline will have wider-reaching implications for the sector as it could signify an end to the pent-up demand that was built up during the pandemic.

“Despite the ongoing challenges faced by the industry, sales of electric vehicles continue to perform above expectations, with battery electric vehicles sales growing by 11% in April. Combined BEV and PHEV sales have accounted for a fifth – 21% – of all new car purchases in the year so far, compared with 14% in the same period last year.

“Some of this growth is directly attributed to a shift in consumer behaviour, with many dealers reporting greater BEV enquiries as the cost of fuel has skyrocketed. With prices unlikely to fall any time soon, we could see faster-than-expected take up of electric vehicles this year.

“April also saw the announcement of a consultation outlining the design of a zero-emission vehicle mandate, which would require manufacturers to sell a certain proportion of BEVs every year in the run up to 2030. This is another major step forwards on the path to an all-electric future and should speed up EV targets. As we get increasing clarity on emissions targets for OEMs, we could see them prioritise the sale of BEVs over other vehicle types.”

“To ensure momentum is maintained, there is an increased onus on business leaders to not only futureproof their operations by accelerating the role of EV within their sustainability strategies, but also improve the accessibility of EV infrastructure for those who are unable to access it from home. This is especially prevalent given that the home charging grant came to an end last month.

“Equality of use must also remain a vital priority for policymakers and business leaders to overcome key accessibility problems including contactless payments and disabled access, in order to increase uptake of EVs as the UK strives towards achieving its Road to Zero targets.”

Jon Lawes, Managing Director, Novuna Vehicle Solutions: “The electric vehicle (EV) revolution is well underway. It has taken just four months for the UK to register over 75,000 new fully battery powered vehicles in 2022, a milestone that in 2021 wasn’t reached until July, while in 2020 it was as late as October, a full six months later than this year. The impressive numbers illustrate how EV manufacturers are, for now at least, largely belying the vehicle shortages which are having a profound impact on the rest of the automotive industry.

“Supply chain issues are causing OEMs to feel the pinch more than ever as they struggle to fulfil increasing orders, on top of a backlog of deliveries. With a protracted shortage of vehicles, it is prudent for drivers and fleet operators to be planning further ahead, increasing their renewal cycle from 6 to 9 months in advance. For leasing companies, there is an onus on providing flexible extension agreements to help alleviate the current situation.”

Karen Johnson, Head of Retail & Wholesale at Barclays Corporate Banking, said: “Dealers had hoped that the shackles would come off post-pandemic with increased demand helping to drive registrations, but supply issues (exacerbated by recent global events) mean their hands are still tied in the race to secure big ticket spend.

“Electric is the only area where dealers have something to smile about, as many customers look to take advantage of incentives around the purchase of electric vehicles as part of an effort to manage wider pressures on household budgets. Even with a growing order book, dealers in this sub-sector are still having to carefully manage supply – with semi-conductors a key area of focus.”

Felicity Latcham, Head of Auto Retail at OC&C Strategy Consultants, said: “Today’s figures illustrate that the UK’s adoption of electric vehicles (EV) is continuing to accelerate, with electrified vehicles accounting for 1 in 3 new car registrations in 2022. This is in stark contrast to monthly petrol and diesel registrations, which recorded yet another year-on-year fall, with the energy and cost of living crisis causing ever more consumers to realise that recharging an EV is a lot cheaper than refuelling, especially for the two thirds of customers who have off-street parking and can charge at home. In OC&C’s latest annual Speedometer report, 57% of consumers said they would consider an electric car, up from 31% in the prior year, with 68% coming from the highest income consumers.

“The data provides further evidence that the supply of EVs is faring better in the face of the industry-wide semiconductor shortage. This is in part due to manufacturers rushing to fulfil EV orders, which are typically more lucrative and help meet emissions targets, but also how several EV carmakers, including Tesla, have reaped the rewards of continuing to place chip orders throughout the pandemic, when many other carmakers adopted a more cautious approach.”

“Policymakers have played a huge role in encouraging EV manufacturers to bring zero emission vehicles to the UK despite the ongoing supply chain issues, delivering a real boost to our green economy. In order to ensure that the good work continues beyond 2025, balancing demand and supply is now key to achieving the UK’s longer-term ambition. The recently launched Zero-Emission Vehicle Mandate policy consultation further cements the UK’s ambition to lead the EV charge and will be vital to help shape the trajectory for an electric future in the years ahead. In addition to this it’s essential that Government provide clarity on company car tax rates, and that any changes remain gradual and proportional until we see cost parity between traditionally and alternatively fuelled vehicles.” 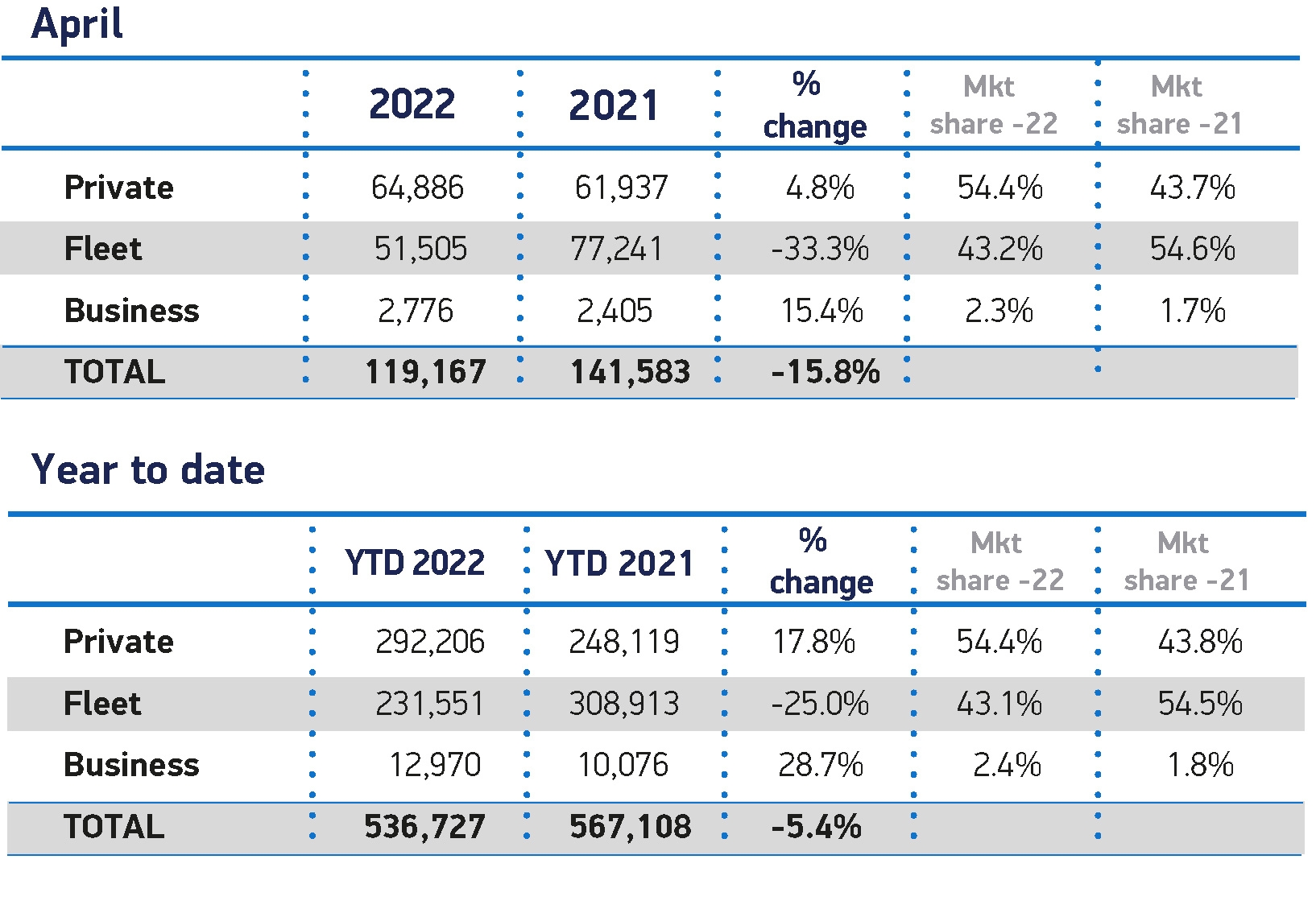 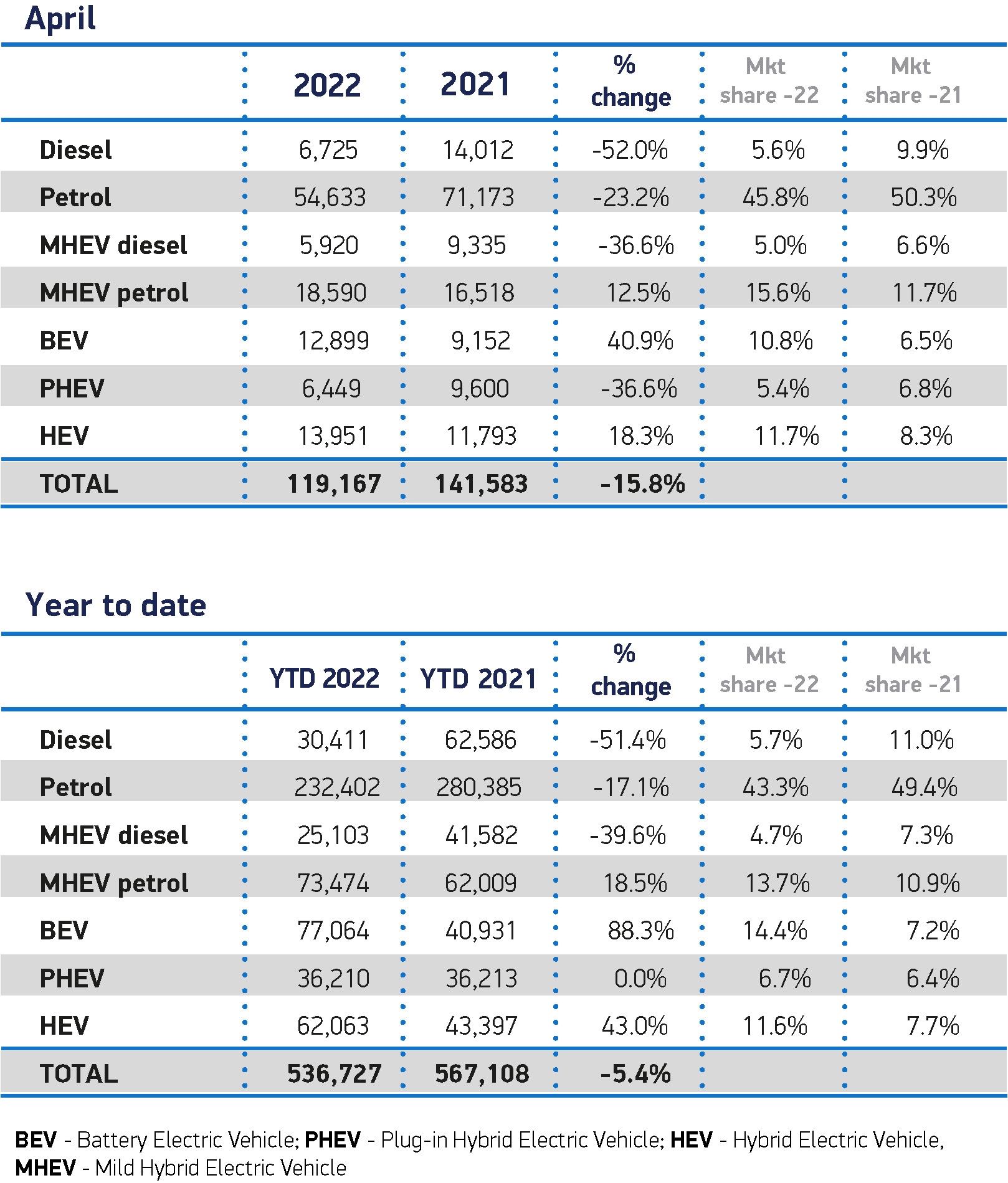 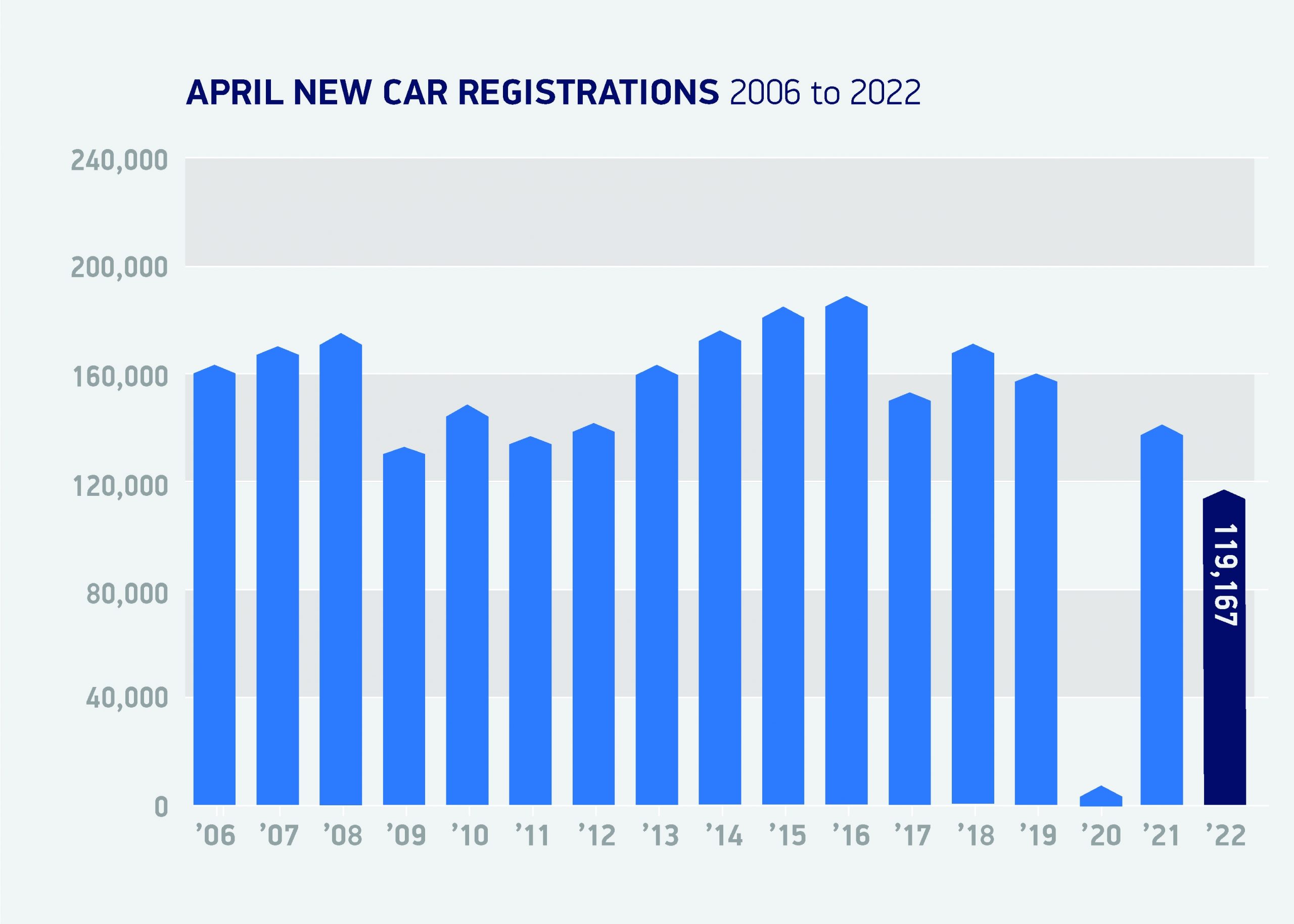