Passengers in driverless cars may have to take the wheel 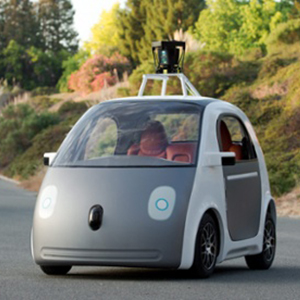 Changing terrain will put the technology through its paces

Suddenly, backseat drivers may be a good thing

According to an article in the Sunday Times, Passengers in driverless cars may need to be ready to take the wheel in a crisis.

With the first trials of computer-controlled cars set to get underway this year among four trial areas, the government has begun preliminary drafting of rules and regulations that will require those inside the vehicles to remain alert and fit to drive at all times – for example a person sitting in the drivers seat will also still be required to wear a seatbelt and be responsible for speeding fines or penalties incurred.

Trials of driverless technology are due to begin in the UK soon, withh Bristol, Greenwich, Coventry and Milton Keynes all hosting autonomous driving projects for 18 to 36 months.

Talking to the Sunday Times, Graham Parkhurst, the head of one of the pilot projects told the newspaper that one of the areas they will be testing is how long a driver can stay alert if they have nothing to do.

Milton Keynes and Coventry will share the UK Autodrive programme, which involves Ford, Jaguar, Land Rover, universities and engineering consultancies. They will test self-driving cars on real roads and it is hoped that testing them in a real-world environment will help lead to greater levels of understanding of the vehicles.

Boffins in Bristol will investigate the insurance implications of driverless vehicles and study the public’s response to the technology, with the aim to deepen the understanding of the impact on road users and wider society. The hilly city’s challenging terrain will also allow engineers to see how the cars cope with roads of varying quality.

In Greenwich, the Gateway project will test automated electric shuttle vehicles as well as robotic valet parking for the driverless cars. This scheme will involve General Motors, the AA and RAC.

It is hoped that the data collected will be used to refine driverless technology before it is introduced to reduce congestion, improve air quality and use roads more efficiently and safely in the near future.