Dash Cams and the law: What you need to know 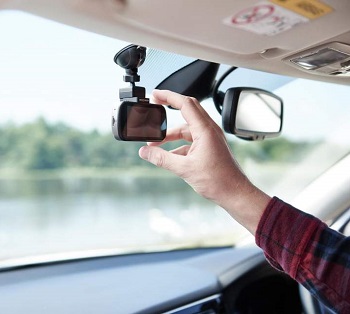 If you have a Dash Cam or thinking of getting one – then there are some rules and regulations you need to know.

There are various laws surrounding the use of the camera in the UK, which includes issues surrounding privacy and placing it correctly.

Here’s a list of things you need to know…

What laws restrict their use in the UK?

If you share the car with anyone else, whether that be through a company car, for a taxi service, or if there is anyone else in the car, they must be informed that in car audio is being recorded.

Can the footage be used in court?

The footage can be used as evidence against another driver in court.

Most people’s prime motive behind picking up a dash cam is to protect themselves legally should something untoward happen. However, you should also beware that the same footage can be used against you.

Should you be pulled over by the police for a motoring violation they can ask you to present your dash cam footage for review. For example, a debate over just how far over the speed limit you were going can be quickly settled by footage from a dash cam with GPS tracking.

Similarly, if you take another motorist to court over an incident, there’s nothing to say that the judge won’t hold your own footage against you should you be in the wrong. Deleting your own footage could potentially be a serious offence, too, so don’t tamper with it if police confront you.

You may also be breaking the law if your dash cam is installed incorrectly and is deemed to be obstructing your field of vision while driving. Tucked away behind the rearview mirror on the passenger side is probably best.

How can I submit dash cam footage to the police?

Any footage can be submitted to police if it shows another motorist breaking the law. There is also a national dash cam safety portal.

The dash cam manufacturer Nextbase is working with English and Welsh regional police forces to owners of dash cams to submit footage quickly and easily to the authorities.

Dash cams are legal in the UK, but there are some laws restricting their use.

Laws do vary across Europe, often due to different privacy laws in other countries.

In Europe, they are legal in Bosnia and Herzegovina, Denmark, Italy, Malta, Netherlands, Serbia, Spain and Sweden.

Dash cams are banned completely in Austria and Portugal and their use in restricted in Belgium, Luxembourg, France, Germany, Switzerland, Norway and in certain states of the US.

When travelling abroad, check the laws of the country, you are travelling to before packing a dash cam.