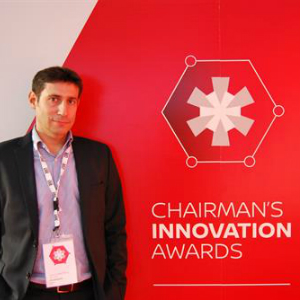 Nissan has announced the winners of its inaugural Chairman’s Innovation Awards as part of the company’s drive to nurture top talent and innovative ideas from within the business.

Launched internally in May last year, the first Chairman’s Innovation Awards encouraged employees to share their innovative ideas to unlock business growth and product transformation. An additional award was also developed to celebrate existing innovative behaviour within the business.

Over 2,000 entries were received from across nine European regions, with 20 finalists being invited to the Nissan Brand Centre in Barcelona to pitch their ideas to a judging panel consisting of Nissan Europe Chairman Paul Willcox, members of the Nissan Europe board, Frank Campbell, from Energy management experts and Nissan partner EATON, and Carolina Costa, former MD of Orange Labs London – the incubation hub for the telecommunications firm. As well as the judging panel, Nissan employees were also given a say on the winners using a “people’s vote” function via the company’s employee app.

The two winners announced are:

John will also be given dedicated time out of his job, budget and mentoring to bring the idea to life.

Both winners will also be rewarded with a trip to the NASA Space Centre in the US.

Commenting on the competition’s success, Nissan Europe Chairman Paul Willcox said: “At Nissan, we’ve always believed winning ideas come from within and with more than 17,000 employees across Europe, there’s so much potential to be unlocked. The caliber of the entries we received surpassed all our expectations. We expect The Chairman’s Innovation Awards to continue to serve as a catalyst to encourage our team members across Europe to celebrate and unlock innovation in all its forms across the business.”

John Ferguson said: “I’m shocked, humbled and honoured to win the Chairman’s Innovation Awards. It’s a fantastic initiative and it’s a dream come true for me to part of it. I can’t wait to start making my idea a reality.”