Daimler Doubles Down on Self-Driving Trucks With Torc Acquisition 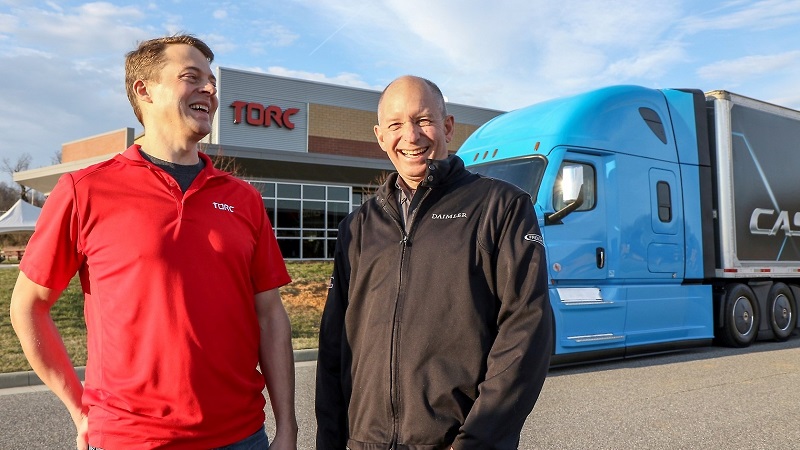 Reports from America that Daimler Trucks have purchased a majority interest in Torc Robotics, a Virginia-based maker of highly automated vehicle systems that Daimler sees as a key to commercialising driverless trucks on U.S. roads.

The German automaker and owner of the Freightliner truck brand wants to build what the automotive industry calls Level 4 autonomous trucks that can perform all driving tasks and monitor their surroundings for hazards. Essentially, the robotic system would do all the driving in most circumstances, but a driver would still be able to take control of the vehicle. 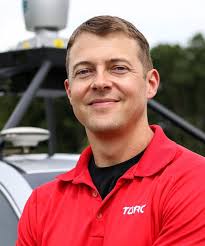 “There is a strong business case for self-driving trucks in the U.S. market and I believe the fastest path to commercialization is in partnership with Daimler Trucks,” said Michael Fleming, Torc’s chief executive.

Torc’s software development expertise and Daimler’s experience building safe and reliable trucks “will provide a sustainable way for our customers to meet the ever-growing freight demand and benefit both the economy and society,” said Martin Daum, who heads Daimler’s global truck and bus business.

No price was disclosed for the purchase by the subsidiary of Stuttgart, Germany-based Daimler AG. The deal is subject to approval by U.S. authorities.

“If you’re running one of these robotics companies and you hope for an exit at some point, you need to figure out whether you are going to be able to have a viable business model on your own or are you going to accept an offer to be purchased,” he said.

Daum said Friday that it will take two years to determine when commercial production of an autonomous truck could start. The first freight-hauling applications would be hub-to-hub driving on U.S. highways yet to be chosen.

Daimler Truck’s North American team is working on a truck chassis for automated driving that includes redundant systems to provide the maximum level of reliability and safety, he said.

Ramsey and other analysts said Daimler was making a smart strategic move by acquiring Torc.

“It’s an acquisition partially of technology but also partially of capability,” Ramsey said. “The acquisition helps them with one of the hardest challenges, which is getting good people to help develop these systems.”

“It is part of their overall strategy and they are putting real money into it,” said Antti Lindstrom, a trucking industry analyst with IHS Markit. “They just want to reinforce the end game.”

Torc Robotics, based in Blacksburg, Va., will keep its name and expand its team beyond its current 100 employees. It will continue to serve current customers such as Caterpillar and Transdev. Torc and Daimler began working together last year, Fleming said.

Founded in 2005, the privately held Torc is a pioneer in autonomous driving. It completed the DARPA Urban Challengefor autonomous vehicles a dozen years ago.

The company will continue to develop its Asimov self-driving software and maintain testing operations in Blacksburg. It has a partnership with AAA Northern California Nevada & Utah for developing safety criteria through autonomous testing on public streets and closed courses.

At the Consumer Electronics Show in January, Torc and Transdev announced a partnership integrating Level 4 self-driving technology into a 16-person shuttle that is undergoing route testing in France. It is scheduled for commercial operation this year.

Daimler is already selling trucks with a lower Level 2 automation. It is optional in the 2020 Freightliner Cascadia and provides automated driver support, such as adaptive cruise control, automatic emergency braking and lane-keeping assistance.

Unlike systems that work only above a certain speed, the Cascadia’s system makes partially automated driving possible in all speed ranges. Cameras and sensors work together to help control automated braking, acceleration and steering.