Autonomous vehicles — why consumer acceptance is critical to change 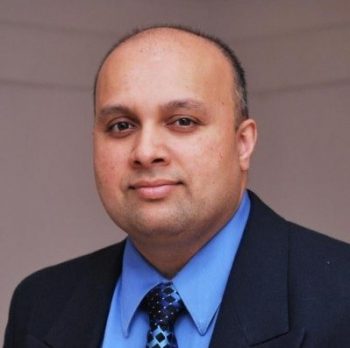 The UK continues to make substantial investments in autonomous vehicles (AVs), but with the country slipping from  fifth to seventh on KPMG’s 2019 Autonomous Vehicles Readiness Index, there is a lot that needs to be done if we are to avoid deploying this smart, safe, efficient technology later than other countries.

Autonomous vehicles will bring on a lot of positive changes, which is why there is so much investment in the area and a huge amount of interest. You could compare it to the creation of the internet and how much positivity it has brought to our everyday lives.

There are major advantages to be seized. Consider how disabled people, for example, will be affected; autonomous vehicles will revolutionise the way they travel. Similarly, children would be safer on their way to school. The possibilities are endless. However, though the promise of AV’s has multiple benefits, consumers are still concerned about how they will disrupt the market.

One of the major barriers to widespread adoption of AVs is safety. Although rigorous testing is still being done, and inroads are being made in the UK, consumers are still wary – but simulation can help.

Simulation can help ensure the safety of driverless cars and reduce the need for billions of miles of road testing. It helps save manufacturers time and money and reduces risk.  Google, for instance, runs simulations and can do 2.5 billion miles every year through it – that’s 1000 times faster than road testing. Likewise, if the software in an autonomous car is upgraded (like the iOS in your phone would be) – all this testing needs to be redone, and it isn’t feasible to rely on physical road miles.

If we are to deploy safe autonomous vehicles on UK roads and remain in the top ten for road readiness, analysis and simulation are vital.

It would be fair to say the automotive industry is currently hyper-focused on developing the technology for autonomous vehicles, and what infrastructure is needed to manage the technology. Unfortunately, this means that not enough is being done to think about the jobs that will be displaced by autonomous vehicles, and businesses and governments alike need to do more to think about this, since other industries will absorb these workers and we all need to look at the opportunities that presents.

As drivers, humans have a skillset focused on three functions: strategic, tactical and operational. The strategic functions are those such as mapping the route to a destination or planning a trip, the tactical functions include making decisions on when to turn the car or which lane to be in and the operational function involves the actual turning of the wheel or pushing the brakes. With artificial drivers, those skills won’t be required anymore, because they can be automated and completed – in the future, more successfully than humans can – by the artificial driver.

Drivers will need to be re-trained and new jobs will likely be created as a result, so fleet management and maintenance could be a big growth area, but there may not be enough jobs for the number of drivers out there. Likewise, supervision of autonomous vehicles could grow as a role, where people would monitor autonomous vehicles movements and be able to manually take them out of tricky situations remotely. However, traditional driving jobs as we know them, such as a taxi or bus driver, won’t likely begin to disappear in any major volume for around a decade and although these jobs may go to autonomous vehicles, other ones will be created as a result of this disruption.

Nevertheless, the concern from consumers around AV’s and how they’ll disrupt the jobs market is still a barrier and it’s up to industry and government to communicate the benefits of autonomous vehicles and how the safety of passengers is of the upmost importance.

In addition to simulation, functional safety analysis and cybersecurity analysis is essential to make a driverless car’s software safe and secure. This analysis can spot vulnerabilities in the software that a hacker might be able to infiltrate and enable software engineers to correct them before cars are put on the road.

The implementation of this kind of analysis, and its dedicated focus on cybersecurity, not only reassures the public that governments and AV manufacturers prioritise user safety, but they also open the door to a whole range of new job opportunities that were not previously needed.

Improving consumer acceptance will be critical in getting autonomous vehicles to market. Communicating the benefits of AVs to the public and ensuring that their safety is paramount will help to decrease the scepticism around this new mode of transport. Although the UK has dropped two places in this year’s KPMG AV Index, we’re still making big investments, new policies and positive announcements around autonomous vehicles and I’m looking forward to seeing how these inroads will support the deployment of AVs in the UK.