UK road deaths drop for the first time in eight-years

Good news for the UK as provisional figures, released today, revealed a drop for the first time in eight years. With less traffic we have seen less deaths and injuries, but this is a unique year. Despite the drop, the UK’s largest independent road safety charity, IAM RoadSmart, continues to appeal for the Government to demonstrate real leadership to build on the lockdown reductions in death and injury on UK roads reported today. 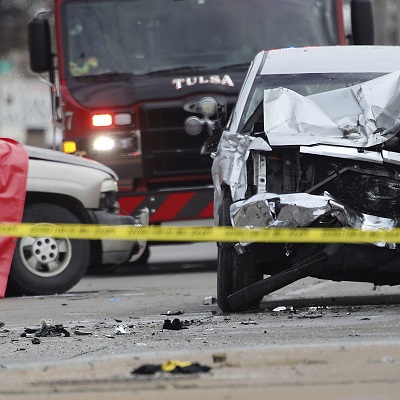 Provisional figures for 2020 in: Reported road casualties in Great Britain: provisional results 2020, revealed there were 1,472 reported road deaths, compared to 1,748 in 2019. This is drop of 16%, while positive, sits against the background of the global pandemic and four months of a national lockdown (April to June and November) which reduced traffic levels by 25%. It means that on average four people are still dying on UK roads every day, compared to five people a day in 2019.

A quick overview of the stats revealed:

The rise in cycling injuries is worrying and shows the government must do more to protect them by building higher quality segregated cycling facilities.  White paint and temporary bollards are not enough to protect cyclists from motorised traffic

Neil Greig, IAM RoadSmart’s Director of Policy & Research, said: “These results are not unexpected. The reductions in deaths and serious injuries on roads are obviously related to the global pandemic and resulting Lockdowns. We need UK Government to show real leadership and push road safety up the political agenda if we are to see real, sustainable return of year-on-year improvements.

Neil added: “While the reduction in deaths comes after 8 years of flat lining with no improvement in Britain’s road safety performance it means we are now bottom of the international league for rate of improvement. However, 2020 presents an opportunity for the Government to get its new road safety strategy in place and ‘build back safer’ for all road users.”

Neil continues: “Up to date collision information is essential to avoid transport policy being developed in a data vacuum. We urge the Government to issue road safety figures more frequently so that informed decisions can be made. This is particularly important following the significant shift we’ve seen in the last 15 months due to the pandemic and increasing use of new modes of transport.”

“Any new strategy must be well funded to ensure long term investment in safer roads, better facilities for vulnerable road users, fixing potholes and delivering more traffic police to raise the fear of being caught.  Lockdown showed that investment in road policing could help catch those criminals who continued to speed and drive under the influence.”

Greg Wilson, Founder of Quotezone.co.uk, comments: “While a drop in accidents is only to be expected with less traffic on the roads, this is still a very positive report from a year when there often hasn’t been a lot to celebrate.

“Cyclists in particular will welcome the news that accidents involving bike riders are falling at a time when many more people are using pedal power for commuting as well as leisure.

“While lower traffic volumes during the country’s series of successive lockdowns will obviously be a significant factor in these findings, it’s worth bearing in mind that the trend towards fewer accidents and safer roads predates the pandemic – in fact, accident rates have been falling steadily for more than a decade.”

The full report from DfT can be found here.